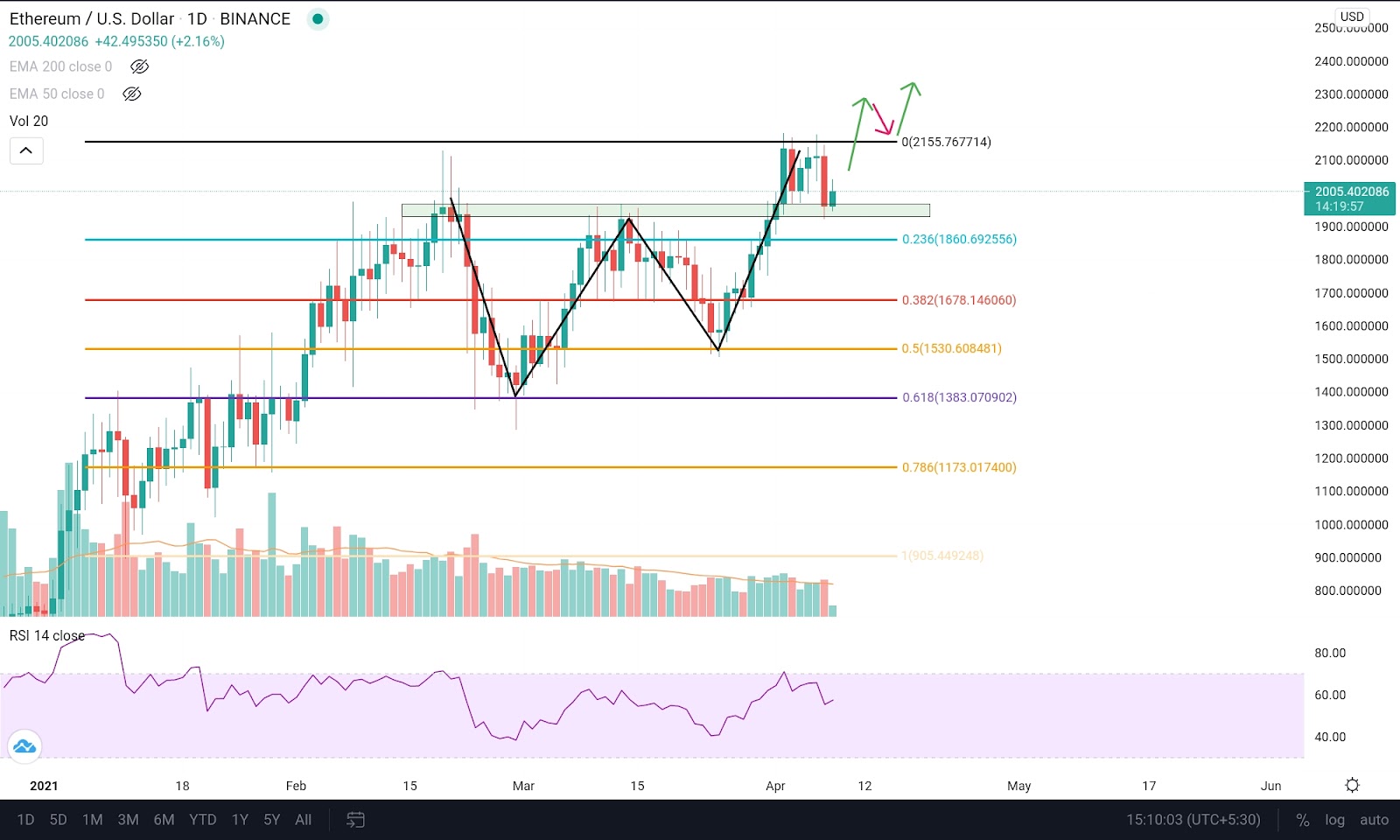 A NEW BULL RUN IN NEAR FUTURE? 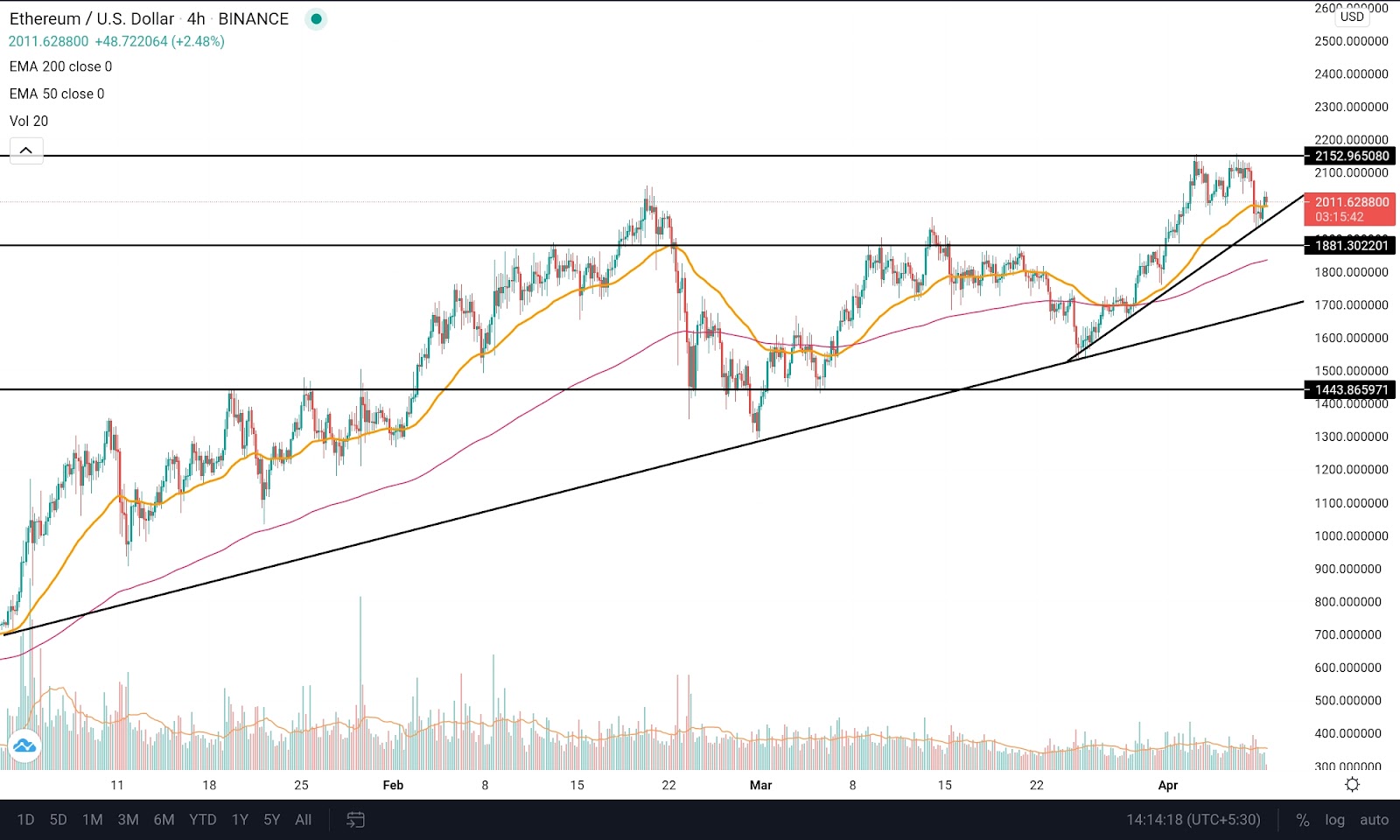 The double bottom pattern in the daily timeframe is giving an indication of an upcoming bull run. However, the retest of this pattern would play a crucial role. An uptrend is seen since the start of this year, but also an inside uptrend has started from late.

March was forming an ascending triangle in the 4-hour timeframe. Both the patterns, in an ideal condition, suggest an upside move, but the market is not an ideal place, and therefore early traders must be very cautious. Breakout of the resistance level at $2152 could indicate the start of the bull run.

50 EMA (orange) is above 200 EMA (red), indicating an uptrend in place. 50 EMA is providing support along with the trendline in the 4-hour timeframe.

New all-time high could be achieved if the mentioned possibilities play out well. Double bottom and ascending triangle patterns indicate the possibility of an upside breakout. If all plays well 10-15% up move could be expected. Early traders could wait for confirmation.