Litecoin Price Analysis: LTC Price in the potential for a rise of up to $300 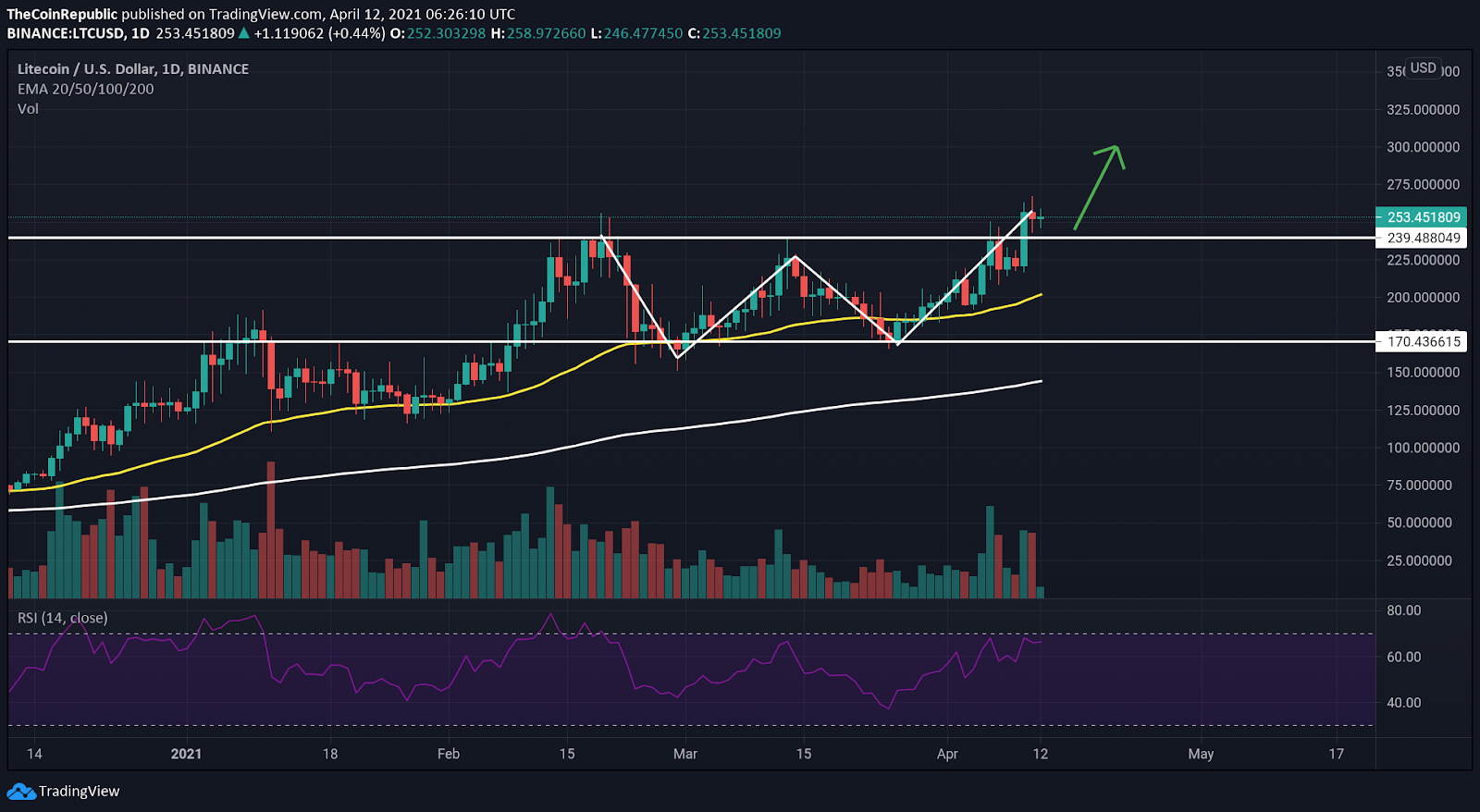 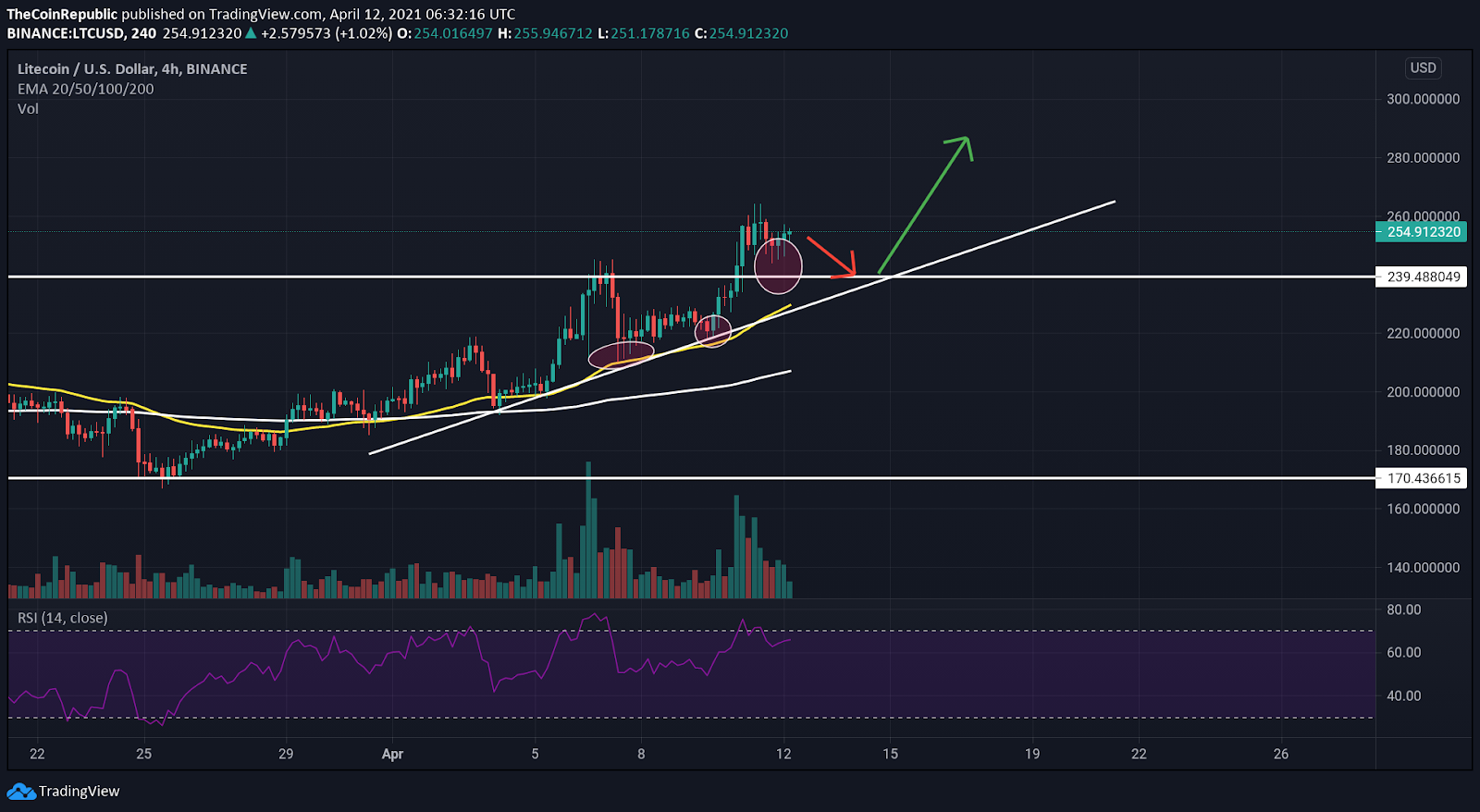 After growing 30% in the last 12 days, LTC price is now retracing the steps back to its support trend line in the 4-hour timeframe. This retracement is also the retest of the breakouts previously described. So the bounce-back of the price from this trend line could give rise to a substantial uptrend. The price also gave an ascending triangle candlestick pattern breakout for which the retest is awaited. The uptrend could bring prices above $300, but if the trendline fails to provide support, 200 EMA is the last resort to get the price close to $300. As seen in the chart,

the decrease in volume is an indication that bulls are sloping and waiting for a better entry opportunity. Also, the buying volume seems to be much higher than the selling volume implying that bulls could enter any moment again.

In the 4hour timeframe, 50 EMA (yellow) provides constant support, and the trend line above the 200 EMA (white) symbolizing the uptrend in play.

The expected uptrend could start after the retest on mentioned levels. However, the price could dip with the retest giving no chance for an up move. In such a case, 200 EMA will be the last resort for traders with bullish sentiment for LTC.

Support- $170 and the mentioned EMAs