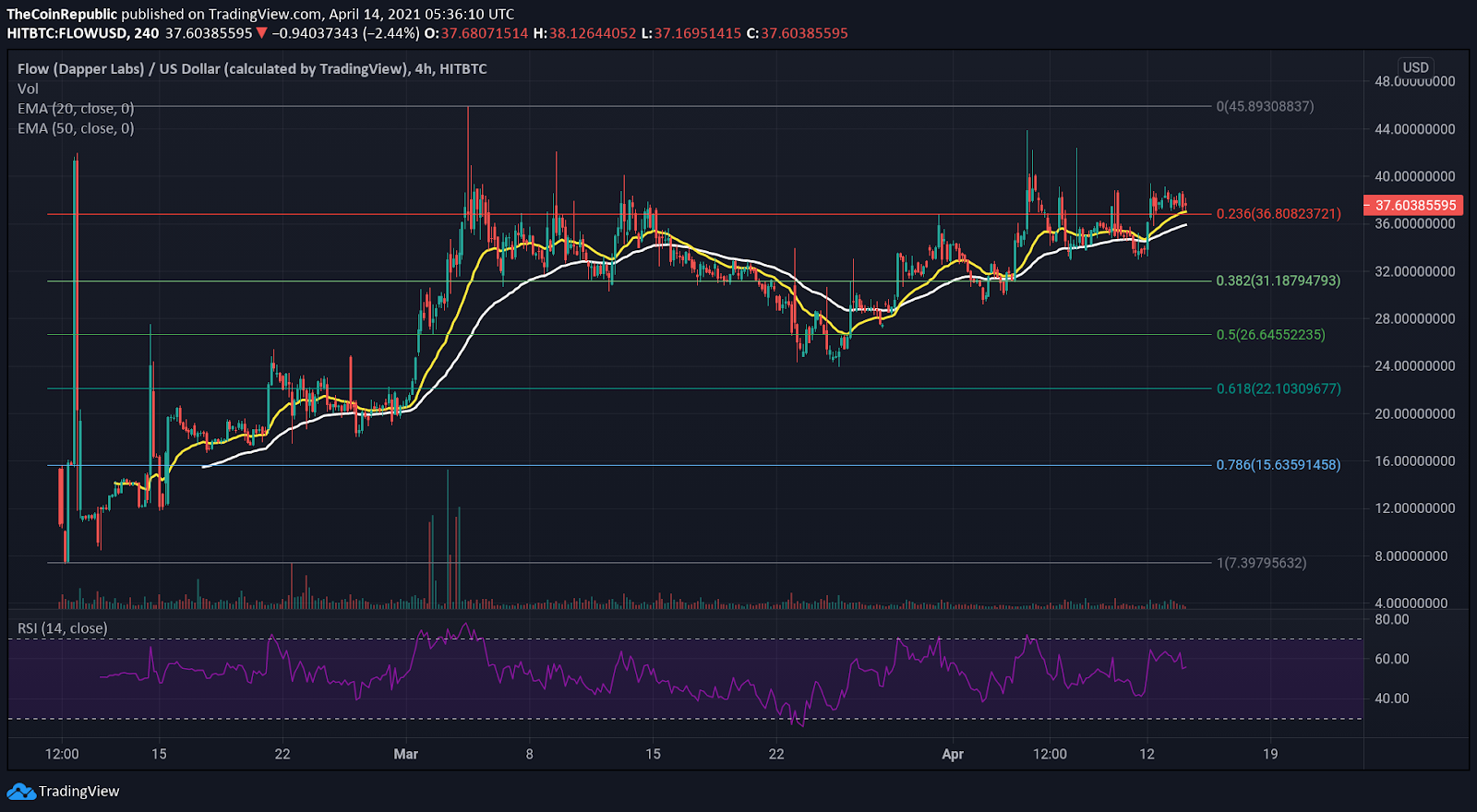 Flow price has shown a remarkable example of pullback where the price got support from the 0.5 Fibonacci level and gave a rise of 50%. Currently, the price is near the major resistance zone, close to $40. The price is above 20 EMA (yellow) above 50 EMA(white) in the daily timeframe, implying an uptrend. The price is slightly above the 0.236 Fibonacci level facing a strong resistance tested for six times now. This resistance level could be demolished as the price is bottling up between the support trendline and the resistance zone. The market capitalisation of the FLOW coin is $1,258,392,723 (-4.51%) and the 24-hour volume of the FLOW is $65,252,565(-50.51%). 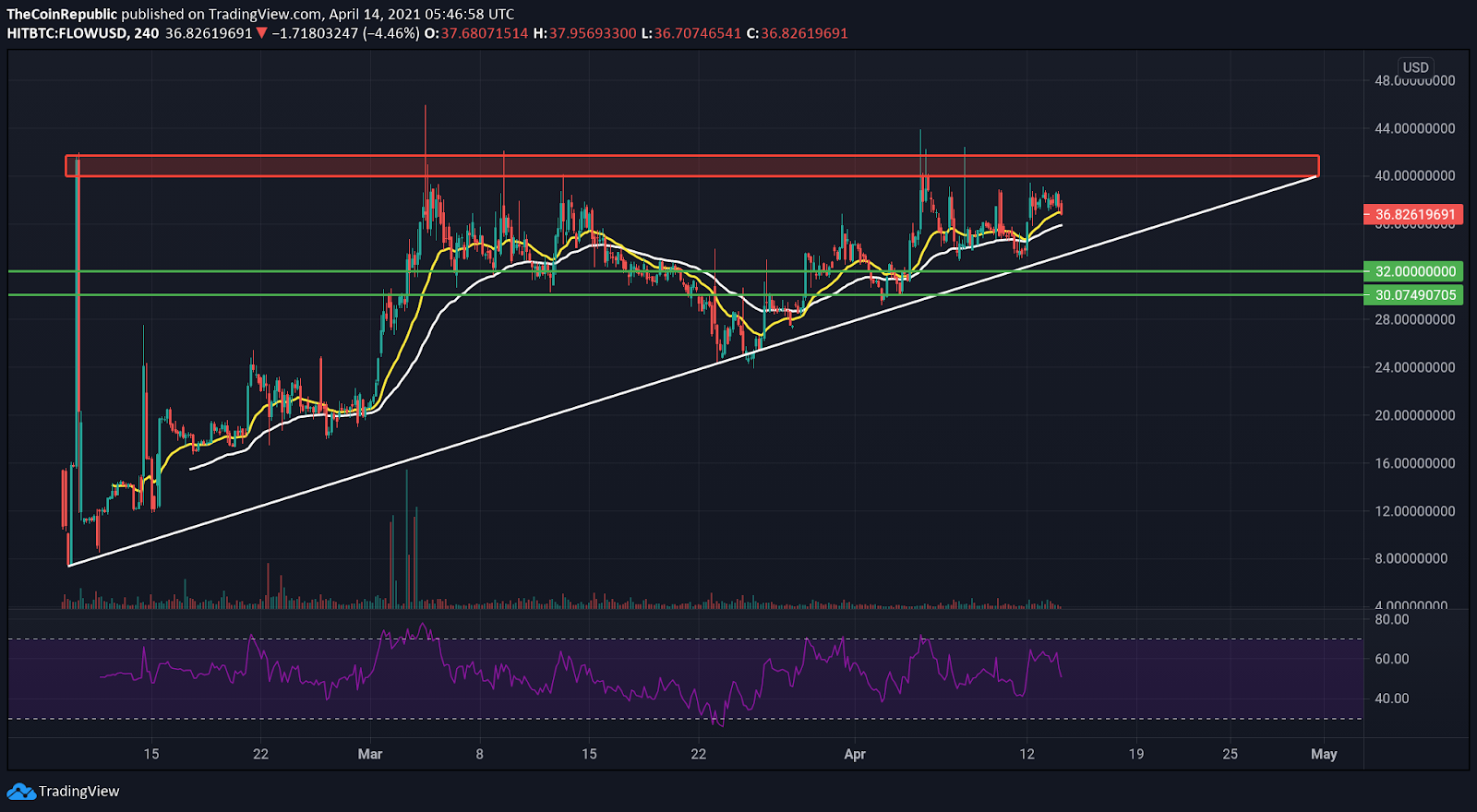 Flow price coin gave a massive false breakout on the first day, and since then, the price has been moving up after returning from its height. However, an unavoidable ascending triangle started to emerge as an upward-moving trendline supported the price, but the same zone’s resistance kept the cost under. However, the price is now beginning to bottle up in the corner, bringing a colossal breakout, but the trend is undecided. The strength of the resistance zone near $40 and the support trendline are the foremost vital factors on which the breakout movement depends.

A growth of near 30-40% could be expected if the price breaks resistance, whereas if the support trendline proves to be weaker than the resistance, then the next support level is near $32 and $30.

The price is above 20 EMA(yellow) and which in turn is above 50 EMA(white) in the 4hour timeframe, implying an uptrend.

The relative strength indicator is sloping down, for now, indicating a fall until the RSI levels close near the oversold area or until the price reaches the support trendline.

An ascending triangle is known for revealing bullish trends before it starts. But the failure of such patterns is also widespread. Hence, early traders should resist themselves before entering such an undecided situation. Also, the resistance zone has proved its strength over time and time, which undermines the bullish sentiments.