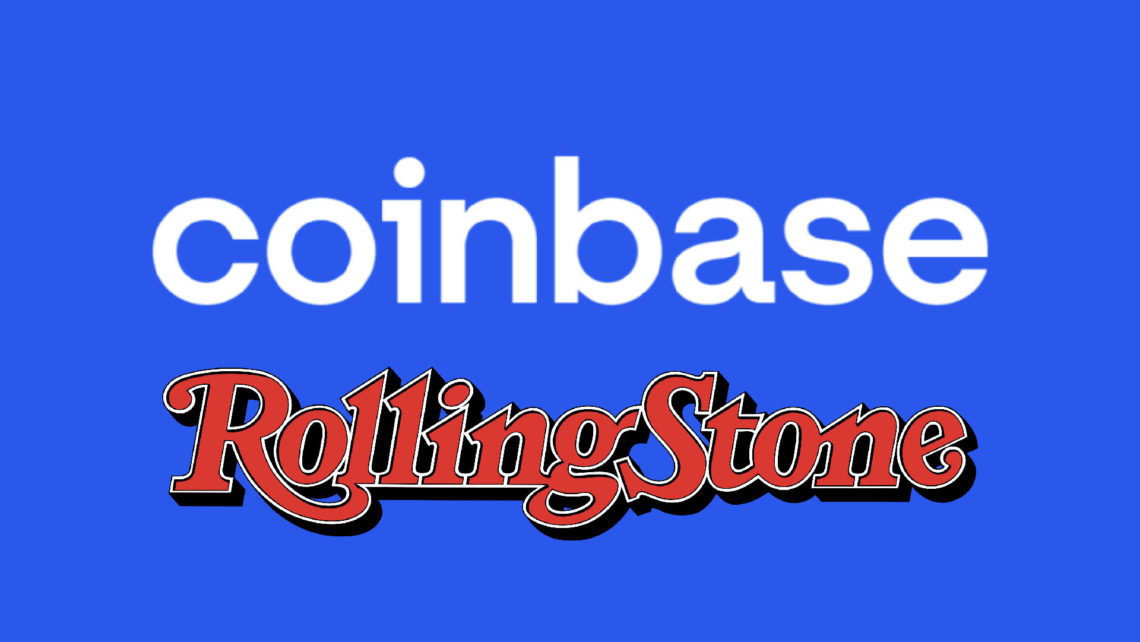 The monthly American magazine dedicated to music, politics, and popular culture has made a comeback after a pause with Rolling Stone Live.

It has recently partnered with Coinbase, where the two entities are said to be introducing exclusive Non-Fungible Tokens(NFTs).

Rolling Stone has collaborated with the popular cryptocurrency company Coinbase through which it will be dropping Rolling Stone Live NFTs, which will feature twelve digital artists in the blockchain space.

These artists will include Deadfellaz, Elise Swopes, Boss Beauties, Kideight, Mikegrillmadeit, Markthehabibi, Domino, Giant Swan, Alida Sun, Jeff Manning, Mister Goldie, and Emonee LaRussa. And according to Rolling Stone, these artists were given the task of creating these NFTs that also show the Rolling Stone logo.

ALSO READ – A SENIOR US REGULATOR HAS PRAISED DIEM’S STABLECOIN, THE COMPANY CLAIMS

According to the American magazine, this partnership marks the starting of an ongoing partnership between the two entities. The artwork will be animated before they are made available for purchase through the Coinbase NFT marketplace later in the year.

Rolling Stone’s announcement highlights that this exclusive and limited release will provide the fans with a chance to own proof of history created by some of the most famous artists from the crypto industry space.

This is not the first time Rolling Stone is experimenting with the NFTs, although it is its first partnership with Coinbase. Earlier, Rolling Stone partnered with the leading NFT project Bored Ape Yacht Club.

According to the CEO of Boss Beauties, Lisa Mayer, it’s inspiring for them to be collaborating with a brand like Rolling Stone and a creative company like Coinbase. And that they are honored to be among the famous artists and excited to see how they turn out to be together.

The logo highlights that Coinbase is presenting the Rolling Stone’s Live event 2022 on the 12th of February.

NFTs are currently rapidly emerging in the crypto industry. It seems like more and more entities are getting into the sector not only because they are in trend but also because they see an opportunity for growth via them.