Home » Countries across the world are seeking for CBDCs, with the IMF praising the efforts

Countries across the world are seeking for CBDCs, with the IMF praising the efforts 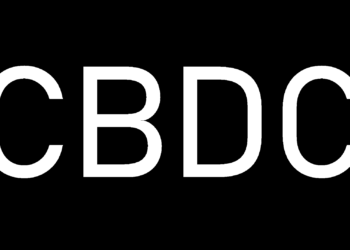 Central Banks of many countries across the world are either at the verge of launching digital currency, some are still developing the infrastructures while some are planning to do the same. Whatever the stage is, the IMF acknowledged the efforts and made a statement in support.

The IMF or International Monetary Fund is known for its pro-CBDC stance. While Central Banks are looking at digital currencies as means to replace cash and it’s actually the case have come a long way. In support of the Central bank’s efforts and recent movements towards the CBDC’s IMF made statements again saying that the move towards CBDCs is gradually gaining momentum and it’s all because of the efforts and creativity of the Central Banks.

The statements were given by President of IMF Kristalina Georgieva where he stated further that approx 100 countries are seeking and exploring CBDCs at different levels. Some are researching, some are testing and few of them have already developed and distributed digital currencies to their public.

The IMF President continued while saying that involvement of the IMF in the issue is as expected that includes providing technical assistance to many members. Further he said the role of IMF is to promote experience exchanges across the world and support the CBDC interoperability all over.

Countries developing or working in direction of CBDCs

As the IMF president stated about 100 countries, among those many are still at the development stage. This includes Canada that is working on their digital currency since 2019. Apart from this, Russia and India are the countries that are working in order to launch their CBDC.

The US Federal Reserves, European Central bank, Bank of England and Bank of Japan are some of the entities that are investing in development of their digital currencies.

Still there are countries like Mexico that are still thinking and making their minds whether they should invest or not in launching their own CBDC.

Some countries are those who developed and launched their Central Banks Digital Currencies in the past two years. These countries are Eastern Caribbean who have Dcash, eNaira in Nigeria and the Sand Dollar of Bahamas. However the most successful CBDC project considered is digital currency of China, digital Yuan, which is in pilot phase but is the most capable CBDC till date.

The People’s Republic of China’s State Council started developing the digital renminbi (RMB) way back in 2016. In the project big names in tech in China like Tencent, Huawei, JD.com, UnionPay and Alibaba were included. In April, 2021 digital RMB was launched as a test project in ten cities of China. Despite being in the pilot phase, Digital RMB conducted transactions of more than $9.7 billion in just 6 months.

ALSO READ: Ukraine seeks to take the help of NFTs to fund war