Home » Goldman Sachs’ Blankfein warns Companies and Consumers of US Recession- it will be ‘Very, Very Risky’ 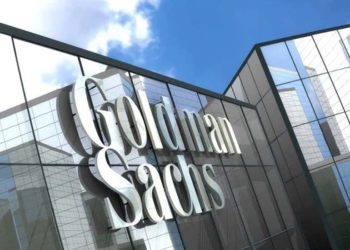 Lloyd Blankfein, the former CEO of Goldman Sachs, has advised that businesses and consumers in the United States should prepare for a downturn.

He emphasized that the risk is “very, very, high.”

Recession on its way

“Do you think we’re heading for a recession?” he was asked. Blankfein responded, “

We’re definitely going. It is definitely a very high-risk factor… If I were the CEO of a large corporation, I would be well prepared. I’d be ready if I were a consumer.”

Lloyd Blankfein, a former Goldman Sachs CEO who is now the firm’s senior chairman, warned of an impending recession in the United States in an interview with CBS News that aired Sunday.

He underlined the need for businesses and customers to be prepared.

Blankfein served as Chairman and Chief Executive Officer of Goldman Sachs, a global financial corporation, from 2006 to September 2018.

He was chairman until December 2018 and is currently the senior chairman of the Goldman Sachs Group.

According to Goldman Sachs’ senior chairman, a recession is “not baked in the cake,” and there is a “narrow route” to avoid it.

“I think they’re responding well,” he remarked of the Federal Reserve’s response to inflation. He continued, “I believe the Fed has very tremendous capabilities.”

Some analysts predict that the United States will enter a recession.

The United States will enter a deep recession next year, according to Deutsche Bank.

Blankfein’s own investment bank, Goldman Sachs, has predicted a 35% risk of a recession in the next two years. A Bank of America strategist also projected a “recession shock” in April.

Blankfein was asked if the Federal Reserve is doing enough to keep inflation in check.

He said, “There’s an imbalance, too much demand.”And what you need to do is cut back on demand.”

According to Goldman’s former CEO,

You must slow the economy down. They’ll have to raise rates as a result.They’ll have to limit, and hopefully minimize, the number of empty posts… as well as expand the labor force

“Some of this inflation is stickier than others…”

Our inflation rate is currently at 8%. Some of it is merely temporary and will pass.

You know, the war in Ukraine will come to an end eventually.

Some supply chain shocks will fade away, but others will be more persistent and stick around for a long,” he said.

ALSO READ: This Chinese City tops in Digital Yuan Transactions worth $3m in the testing phase!