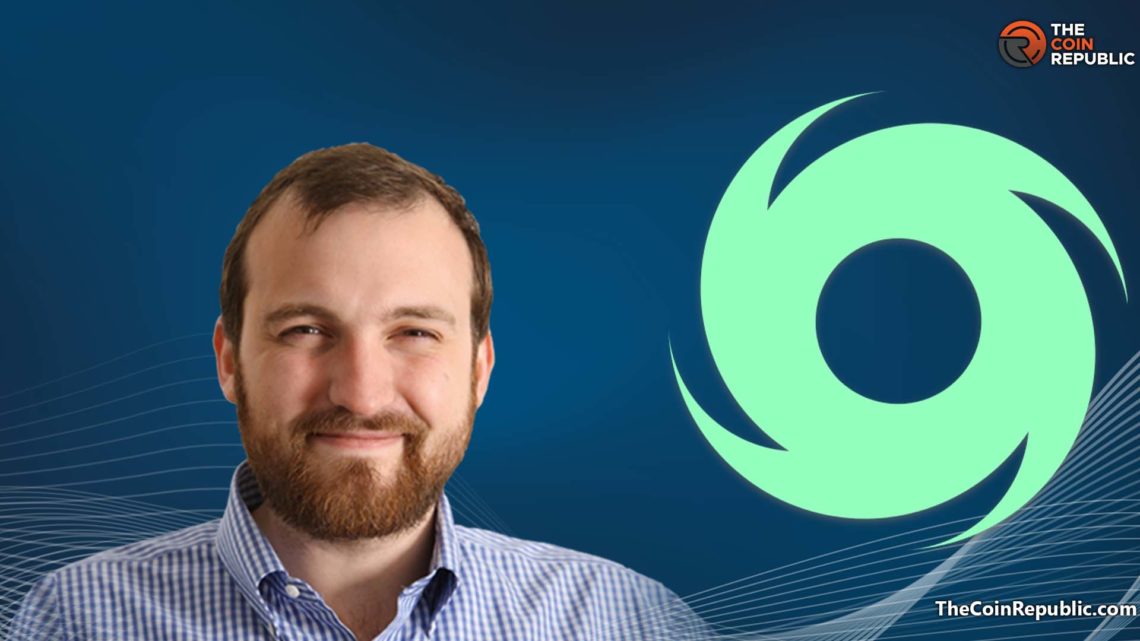 Commenting on sanctions levied on Tornado Cash by the US government, Charles Hoskinson, founder of Cardano, said it is a ‘dangerous regulatory precedent.’

To the unfamiliar, the U.S Treasury Department has prohibited the use of the crypto mixing service for Americans. The department also cited the national security concerns as the agency claims the protocol was used to launder crypto assets worth $7 billion since 2019.

Hoskinson in a new video update said the sanctions only because of the fear of misuse, are a violation of free speech.

“The convention in developer comprehension is that when we write code, it’s an expression, according to developers. It’s similar to authoring a book as long as we don’t participate in the execution or use of that code for any purposes.

In other words, you could write a book explaining, for instance, “Here’s how you produce cyanide” [or] “Here’s how you build a bomb,” but most of that would be simply words. Nobody is being told to go do this by you.

It is really unnerving when people start turning down these kinds of activities now that we live in a free society.

Now that we live in a free society, it is very unsettling when individuals start saying no to these kinds of activities. According to Hoskinson, through sanctioning Tornado Cash regulators are overreaching as its developer participated in its use or advised others on its usage.

The authorities basically are making software developers accountable for the use of software in spite of the fact that they can control it or not, saying “it is an extremely dangerous precedent.”

The authorities then go on to say that it is completely absurd. However, the same legal framework that would theoretically allow you to assign guilt to the Tornado Cash developer even if they weren’t involved in the use or operation of the system—they were merely responsible for writing the code—could also be applied in this manner.