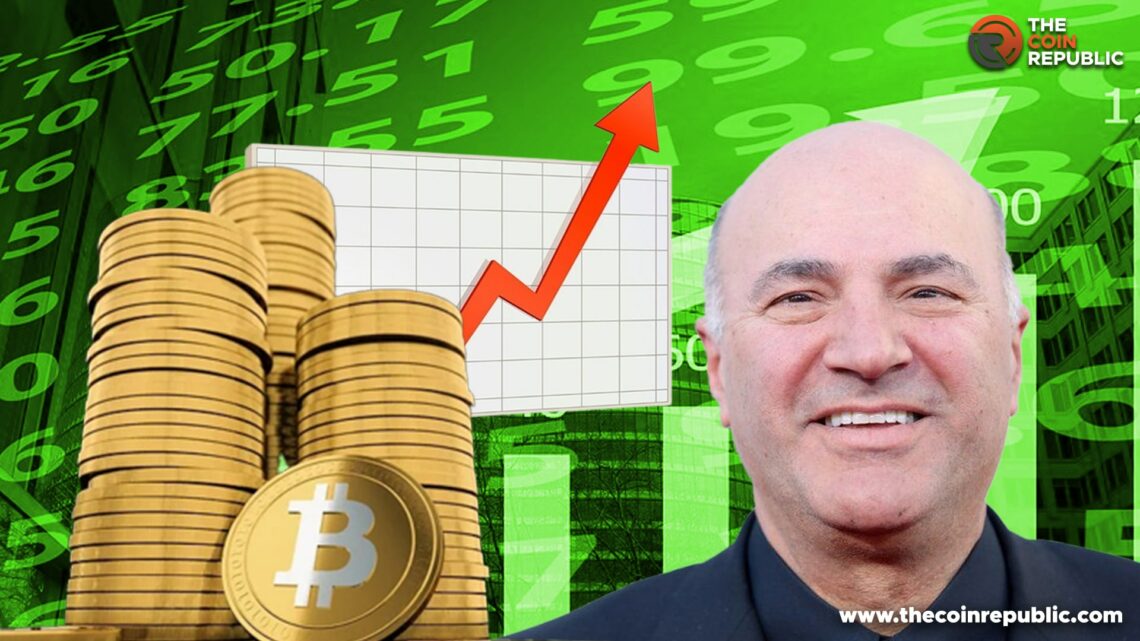 Mr. Wonderful, Kevin O’Leary, star of Shark Tank, anticipates that the Stablecoin Transparency Act, which he believes will pass soon after the midterm elections in November, will cause bitcoin prices to rise. O’Leary made it clear that cryptocurrency cannot be stopped, saying: Either you go with the flow or you get lost.

If institutions smell policy, then you’ve got a real move up

Mr. Wonderful explained that the Stablecoin Transparency Act, the proposed legislation, has a chance of passing the United States Congress following the midterm elections on November 8.

The Shark Tank contestant elaborated that because of its simplicity, this Act may be passed. It is supported by both parties due to the fact that it effectively makes the US dollar the global default payment method.

He went on to explain the reasons why this Act will raise the price of bitcoin. O’Leary emphasized that he would argue you want to be long bitcoin going into that outcome.

That will be the first regulation passed by U.S. regulators, even though it has nothing to do with bitcoin. He added that stablecoins are going to see a lot of interest in institutional capital coming into them.

When you break out of the $19,000 to $22,000 trading range against the U.S. dollar if institutions smell policy, you have a real move up. He offered his opinion and elaborated that he thinks you will go right through that very quickly.

As a result, as regulations are implemented, bitcoin prices rise. O’Leary went on to say that here is a question for every investor to consider. Investing in bitcoin and all cryptocurrencies carries risk. Neglecting to invest comes with additional dangers.

He went on to say, Because some of the value in financial services stocks, like banks, will shift to these new technologies, and you typically don’t know when that will happen if crypto becomes the 12th sector of the S&P in the next decade.

O’Leary has stated that he anticipates crypto becoming the S&P’s 12th sector. “What we’re missing is policy. In August, he predicted, The spigots of capital are going to flood into this sector as you’ve never seen” when we get policy and the regulator regulates.

On Linkedin this week, Kevin O’Leary also discussed the reasons why he is strongly opposed to bitcoin, cryptocurrencies, and non-fungible tokens (NFTs).

The star of Shark Tank penned:

You either join the wave or get lost, and you can’t stop it! That Mr. Wonderful emphasized, There are people who criticize me on this, but this is one of the reasons he feels so strongly about the future of crypto and NFTs.

You have no choice but to adopt any new technology that has the potential to significantly boost our level of productivity and enhance the global transaction processing process.