Home » Sustainability In Crypto Is The New Know-How: Solana, Cardano, And Big Eyes Coin Are Leading The Flock.

Sustainability In Crypto Is The New Know-How: Solana, Cardano, And Big Eyes Coin Are Leading The Flock. 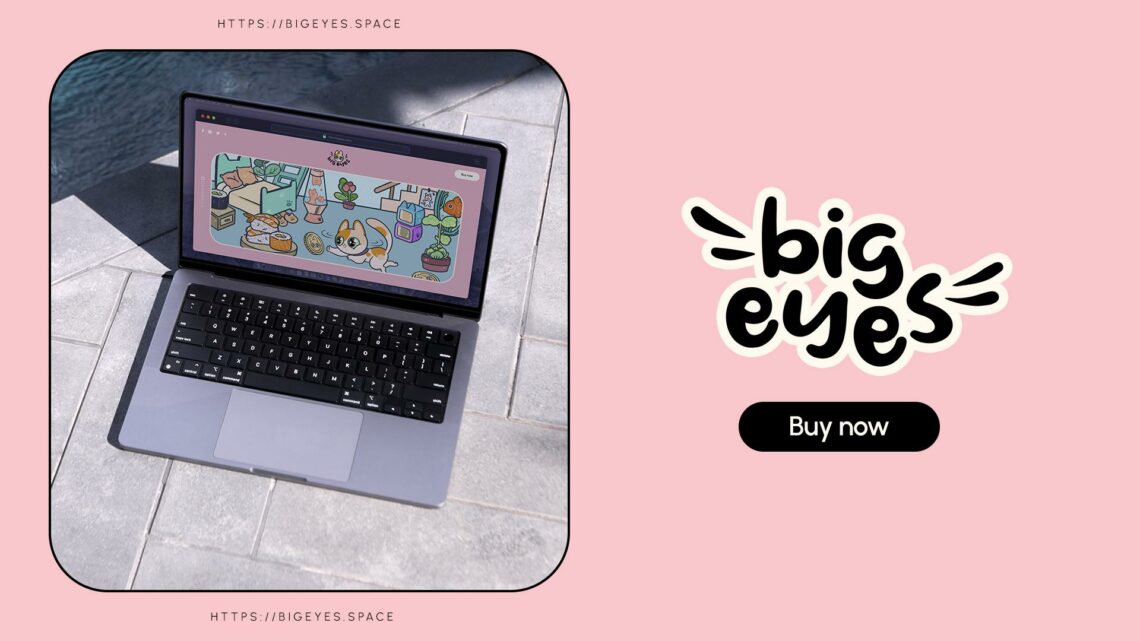 A decade ago, an adherence towards sustainability as part of a company’s business strategy was not only unfeasible but would have been met with raised eyebrows.

Fast forward to the present moment, and going green has become the new know-how, with significant companies jumping onto that bandwagon; some to protect our plant, while others to attract environmentally conscious customers.

In light of these developments, the crypto industry is no exception. Even major heavy-weight champions like Ethereum have gradually changed their value proposition to mitigate carbon footprint.

However, not only the second largest cryptocurrency by market capitalization is concerned with environmental goals. Meet Solana, Cardano and Big Eyes Coin, who are changing the narrative in anticipation of the brave new world. Let’s dig in.

Solana is a cryptocurrency and one of the fastest blockchains on the market that works similarly to and improves upon the Ethereum network. Unlike most blockchains that employ Proof-of-Work (like Bitcoin) or Proof-of-Stake (Like Ethereum), Solana blockchain is powered by Proof-of-History, an algorithm that uses timestamps to define the next block in Solana’s chain.

In doing so, Solana also blends its consensus mechanism with the delegated proof of stake, offering exponentially faster transaction speeds than its closest competitors, such as Ethereum and Cardano networks, but at a fraction of the cost.

However, its most unique value proposition is that, as of 2021, Solana’s blockchain has achieved absolute carbon neutrality. Indeed, according to the Solana Foundation, a single Solana transaction uses only 1,939 Joules, which is significantly less than the energy required to complete two Google Searches. With meagre transaction costs, speed and carbon neutrality, the future for the Ethereum Killer blockchain looks brighter than ever.

Cardano: Sustainability As The Primary Goal

Cardano is an OG blockchain that originated soon after the Ethereum inception back in 2015 and, ever since, has been trying to dethrone the second-largest cryptocurrency by market capitalization from its crypto Olympus.

Although it is designed to be a flexible, sustainable, and scalable solution for running smart contracts, enabling the development of a wide range of DAapps (decentralized applications), blockchain gaming, and more, the reality is somewhat different.

At the time of writing, the Cardano blockchain is still in its beta version, and even with Vasil hard fork successfully completed, it is still unclear when the most sophisticated blockchain will spread its wings.

However, we have to credit Cardano, as its goal has always been to become the environmental blockchain on the market. To achieve this, it uses a unique proof-of-stake consensus mechanism called Ouroboros. Its blockchain is split into two layers, helping the Cardano network process as many as a million transactions a second. And while it still has room to grow, in terms of sustainability, it has achieved awe-inspiring results.

Unlike Solana and Cardano, The Big Eyes Coin project has chosen a different path towards contributing to the sustainable future of our planet. As part of its business strategy, it has laid its vision of protecting the environment in its White Paper through active community involvement.

Indeed, instead of giving empty promises as most projects do for positive publicity, it pledged 5% of its native token supply to be held in the Big Eyes Coin’s charity wallet dedicated to protecting marine life. On top of that, it has also introduced a special NFT tax, where with each subsequent NFT sale, 1% will always go to a charity.

A Big Eyes Coin DAO (decentralized autonomous organization) will be introduced after the presale is concluded to ensure that these promises are kept and the money goes to mitigate the detrimental effects our energy consumption has on our oceans.

What To Make Of It

Three of the aforementioned projects contribute to our society in their own unique way. While Solana and Cardano decided to become carbon-neutral in their business proposition, Big Eyes Coin made charity goals part of its long-term development. Only the future will tell which strategy will pay off, but in our opinion, any contribution toward the greater good matters.