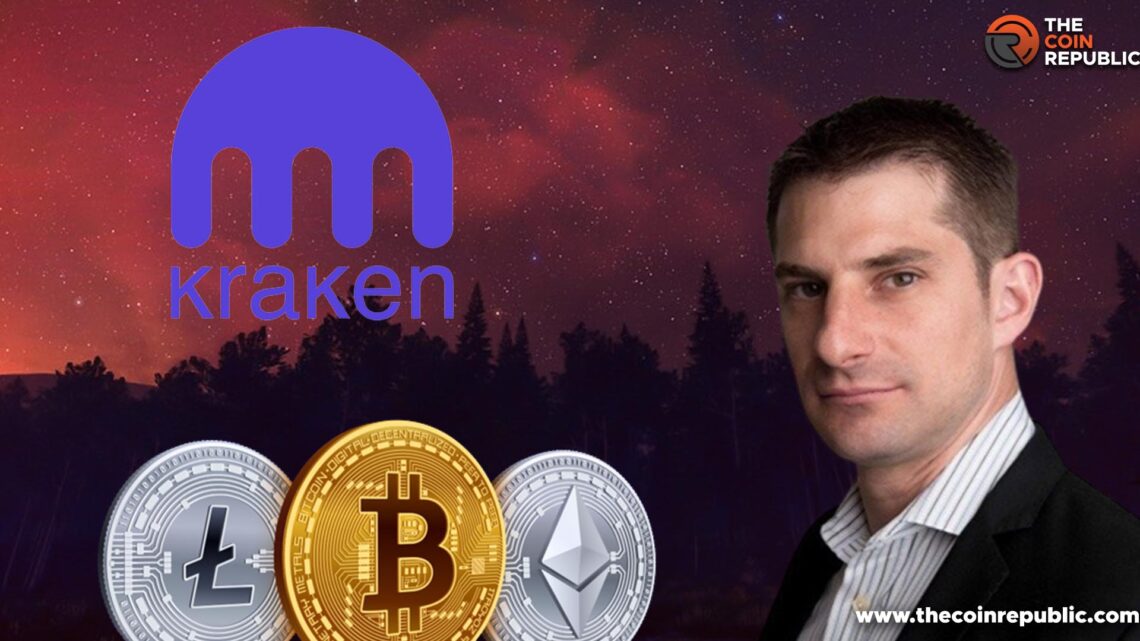 Crypto regulations and scrutiny over the burgeoning financial asset space remained a hot topic for quite some time. Many financial authorities around the world are keen to put them under the regulations citing the risks they pose on traditional finance and economics, threats to retail investors, digital attacks and hacks, etc.

Ripley, who is serving currently as COO of the crypto exchange is to take over as the CEO following Jesse Powell stepping down.

While explaining about the centralized exchanges (CEX) edge over the others, Ripley stated that it is the centralized exchanges which provides complete ownership and full control to the owner over his own assets. CEX is able to carry over this critical regime. His response came in the wake of questions hovering all around amidst the skepticism for exchanges following the recent collapse of one of the leading crypto exchanges FTX.

In order to put the regulations in action, Ripley argued that it would need collaboration of several federal regulators at once. He suggested the United States Securities and Exchange Commission (SEC) as well as Office of the Comptroller of the Currency as the potential candidates to take charge for the crypto regulations.

However, Kraken COO voiced for the US Commodity Futures Trading Commission (CFTC) to take the leading charge of the initiative towards controlling and regulating the nascent financial market. He said the CFTC seems to be a more natural regulator amongst all as there is no discussion around the securities including top cryptocurrency like bitcoin (BTC) and Ethereum (ETH).

For the matter of fact, it’s evident that CFTC has a relatively soft take on cryptocurrencies and related assets and innovation in comparison to other regulators like the SEC. Ripley’s supporting the former makes sense given the history of the agency’s relation with the crypto industry.

In contrast, the SEC remained highly skeptical around the crypto space which is clearly visible though the number of cases going on where the agency is standing against many prominent crypto firms. Some renowned cases among all remained the SEC vs Ripples lawsuit, Grayscale also filed against the SEC following the continued rejection of its spot bitcoin ETF, SEC’s legal proceeding against the leading US crypto exchange Coinbase, etc.