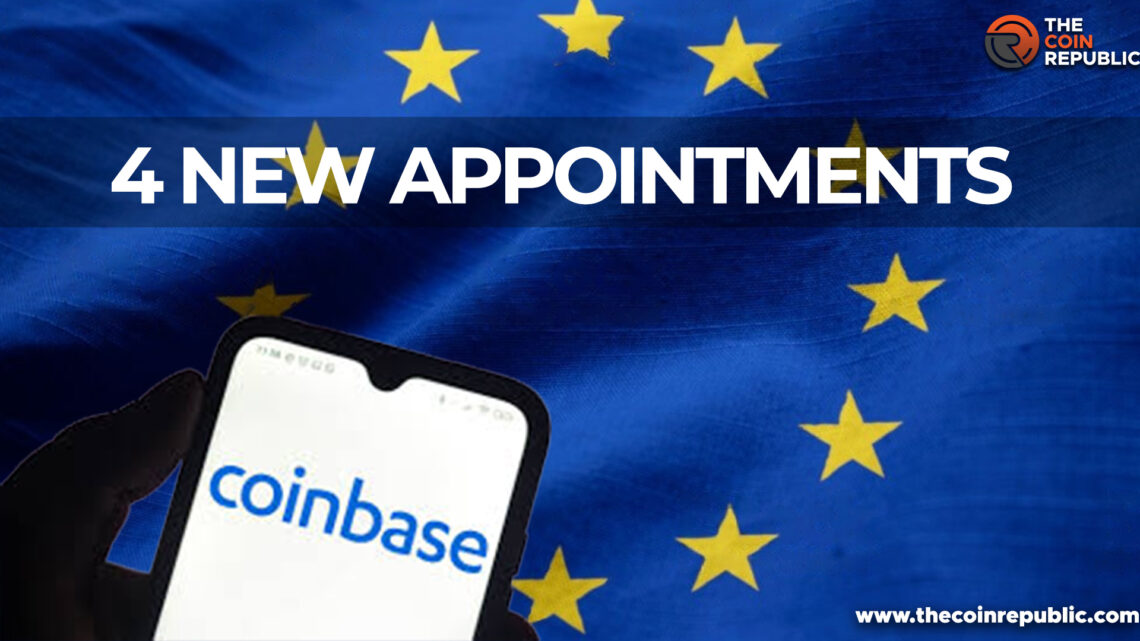 Coinbase, one of the leading cryptocurrency exchanges with more than $200 billion (USD) worth of assets under management, is currently facing fluctuations in its price.

Coinbase is one of the biggest cryptocurrency exchanges globally. It has more than 73 million users globally, and Coinbase is working in more than 100 countries.

Recently Coinbase has appointed four new executives to their team to expand their business in Europe.

Coinbase has appointed Michael Schroeder as the director of control for Germany and Cormac Dinan as the country director for Ireland. Earlier, Schroeder was working with the Bittrex crypto trading platform as chief compliance and risk officer, and Cormac was serving as general manager with Crypto.com in Ireland.

Coinbase has promoted two of its old employees Elke Karskens now he will hold the position of country director of Coinbase in the United Kingdom, and Patrick Elyas is being promoted and will now serve as the market expansion director in Europe, Middle East and African Region.

Coinbase is currently working on expanding its network and increasing the number of users on the platform. Coinbase noted that the EMEA region is “ leading the charge” on the construction of sensible rules and regular; actions for the crypto industry.

In the third week of June 2022, TheCoinRepublic reported that A senior executive at Coinbase, at “The Next Web” conference, declared that more job cuts might be on the horizon; however, the officer noted that they don’t anticipate it at this time.

According to disclosure to the SEC, Coinbase Global, Inc announced a week ago that they had reduced their staff by around 1100. This was followed by the company declaring a hiring freeze and the job offering rescission.

In a blog, CEO Brian Armstrong mentioned that they decided to do layoffs after witnessing threats of a recession after a boom that lasted for more than ten years.

Recently TheCoinRepublic reported that the author of the popular book Black Swan Nassim Taleb, reacted to Coinbase’s downfall in the crypto market. Nassim tweeted the largest US-based cryptocurrency company is “worthless.” “My point is that they are cash-flow negative, with a grisly future and owners have been getting out,” Nassim added.

Coinbase CEO Brian Armstrong has approximately $1.6 Million worth of share price. Brian Arm Strong has said that the full contagion effect of the FTX collapse is yet to be shown. The collapse has generated fears about the future of the crypto industry after FTX outlined a “severe liquidity crisis.”