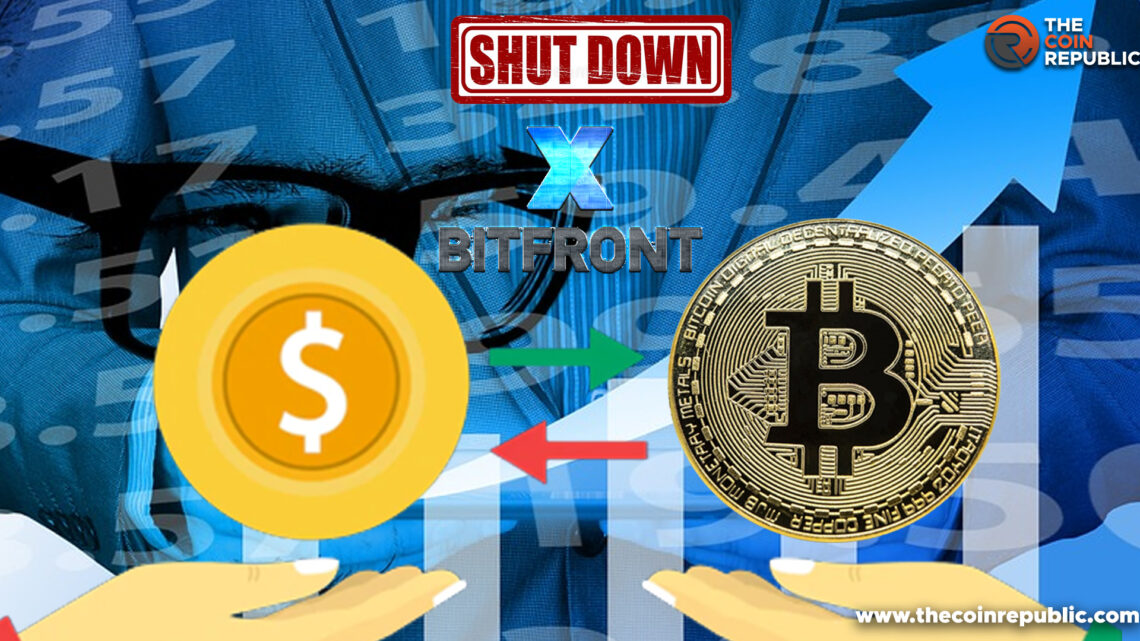 “Bitfront, a crypto exchange that’s backed by Japan’s internet giant Line, is shutting down amid “rapidly evolving” challenges in the industry.”

According to the [Notice] BITFRONT to Close-

“However, despite our efforts to overcome the challenges in this rapidly-evolving industry,

we have regretfully determined that we need to shut down BITFRONT in order to continue growing the LINE blockchain ecosystem and LINK token economy.”

Media reports suggest that Bitfront will now focus on its native blockchain LINE and LINK token. Japanese social messaging platform LINE introduced its own cryptocurrency and blockchain in August 2018.

Yesterday’s announcement noted that, “Please note that this decision was made for the best interest of the LINE blockchain ecosystem and is unrelated to recent issues related to certain exchanges that have been accused of misconduct.”

Bitfront is among the companies that are forced to shut down its businesses due to the prolonged crypto bear market. But Bitfront clearly specifies that this decision is unrelated to the recent FTX collapse and only in accordance with the “best interest” of the Line ecosystem.

Sam Bankman-Fried founded FTX filed for bankruptcy under Chapter 11 on November 11. As the sources claim, “Yes, one of the largest crypto companies in the industry was playing with customers’ money. An embarrassment for the industry.”

The FTX crash in connection with its trading-desk, Alameda Research, has found a huge hole in their balance sheet. The collapse led contagion has already led to the bankruptcy crypto lending firm BlockFi.

As per the news report, other big crypto players hit by the FTX crash are Galaxy, CoinShares, GSR, Genesis and many more. Massive investors such as Sequoia Capital, Amber, Temasek, SoftBank, Blackrock and Tiger have seen their investment lost in crypto winter led blackhole.

Once SBF run FTX was among the world’s largest crypto exchanges, and is now under the investigations of the United States of Securities and Exchange Commission (SEC) and Department of Justice (DOJ) being accused of “criminal misconduct.”

As major crypto veterans told, FTX has extended crypto winter, following the downfall of major cryptocurrency, Bitcoin (BTC- $16,518.37) to decline by 76% at the time of writing, as compared to the all-time high of near $69,000 last November.