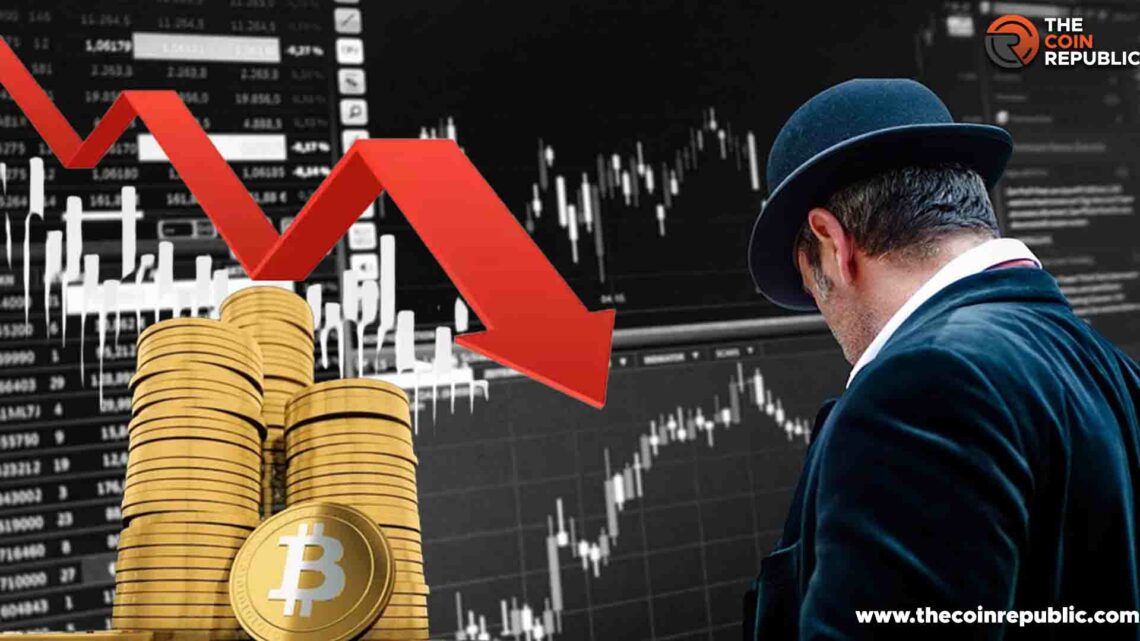 As per the prediction of Wujastyk, there is a much probability that a scene like this can take place. After striking $19,666, the highest point of the last bull run, Bitcoin shut in December 2017 at $13,880. The biggest cryptocurrency set foot into a cruel bear market soon after attaining its high.

In the year 2019, Bitcoin faced an important rally in the first six months of the year 2022, attaining a yearly high of $13,880 in July 2019. The rally was not continual and the biggest cryptocurrency eventually closed that month at $10,760 before falling down in the following months.

At the beginning of this month, Wujastyk highlighted that Bitcoin had made a bear flag pattern. At the time of writing, the biggest cryptocurrency is trading at $16,468 as per the data from CoinMarketCap. The cryptocurrency has now fallen by over 76% from its record high of $69,044 which was recorded in November 2021.

In October 2022, the very famous trader Peter Brandt revealed that there was still a probability that Bitcoin will eventually close up falling to zero. Meanwhile, Brandt purports that there is also a 50% chance of the biggest cryptocurrency to skyrocket and reach up to $250,000, highlighting that the cryptocurrency has a “crooked reward-to-risk trade.”

Despite the Bitcoin has been around for quite a time, there is still no lack of naysayers who are satisfied that it will fade into unconsciousness in the last. From a report of a media source, Berkshire Hathaway Vice Chairman Charlie Munger, the closest partner of Warren Buffett, newly purported that Bitcoin has many possibilities to fall to zero, noting that the cryptocurrency was “stupid” and “evil.”

At the same time, a scene like this is mostly uncertain, Bitcoin can still practically fall to zero. In 2018, Yale University economists calculated that the possibility of Bitcoin going to zero in just a day because of some utmost black swan event was 0.4%.

The striking crumbling of the FTX exchange has sent a vast blow to crypto’s law. In the newest perspective piece issued by the Wall Street Journal, American entrepreneur, Andy Kessler asserts that the final price of crypto can be zero.