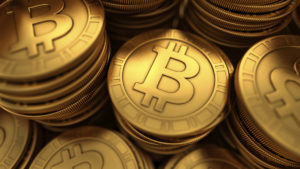 Bitcoin is a decentralized digital currency or known as "cryptocurrency". Bitcoin is a cryptocurrency without any central bank. Also, Bitcoin is a single administrator that bridges the gap between users on the peer to the peer network. In the year 2007, Satoshi Nakamoto stated the code writing for the bitcoin.

In August 2008,  Satoshi Nakamoto registered the domain name for bitcoin as bitcoin.org. Also, hosted a web site on that address. After a month Nakamoto published a paper with a projection of work on cryptocurrency titled “Bitcoin: A peer to peer cash system”.

Then he launched the first version of Bitcoin at the beginning of the year 2019 and named version 0.1. It also launched the network by Bitcoin first block mining (block 0) also referred to as the genesis block of bitcoin which was rewarded 50 bitcoin.

Till mid-2010 Satoshi Nakamoto continued to collaborate with another developer on the bitcoin software making all modifications to bitcoin source code himself. After a few months, he handed the source code respiratory control. Thus, providing the alert key to Gavin Anderson.

He also transferred many other related domains to various prominent members of the bitcoins community. That stopped his involvement in bitcoin. Satoshi Nakamoto, identity is still not revealed. The total bitcoin he alone has made him the 44 richest men in the world.

Today bitcoin ranked to the first position in the crypto space with the price of $ 9,584.94. Along, with the market capital of $175.49 billion and total supply around 18.38 billion with a total supply of 21 billion.

Bitcoin demand upsurged after the third successful Bitcoin Halving event 2020. Get a daily dose of Bitcoin news Updates and the latest price prediction and price analysis for the crypto coin. Every day Bitcoin news updates will also provide you with the best price charts for crypto trading and investing.

JPMorgan Chase has revealed that the older cohort of investors tend towards Gold, whereas the younger ones prefer to invest in digital assets. ...
Read more
Bitcoin

The Sweden based torrent software, Pirate Bay is considered a pioneer in adopting cryptocurrency donations. Torrent Freak revealed that the amount of...
Read more
Bitcoin

TNW's robot 'Satoshi Nakaboto' has claimed that Bitcoin BTC is now worth as much as the beverage company, Coca-Cola. After the much anticipated...
Read more
Bitcoin

Bitcoin Is Not A Good Investment Anymore: Founder of Litecoin Foundation, Xinxi Wang

Xinxi Wang claimed that Bitcoin initially used to be a cool technology as well as a good investment. He further added that bitcoin...
Read more
Bitcoin

Bitcoin has finally crossed the $10000 mark and is currently trading at the $11000 range after a long period of stability. Cobra predicts...
Read more
Bitcoin

Fiat Currency Can Never be Replaced With Bitcoin: Yanis Varoufakis

Varoufakis believes that it would not be fit to say that we found the perfect alternative to Fiat currency in Bitcoin. It will...
Read more
Bitcoin

For the second time running in 2020, Bitcoin has eclipsed all other securities. On Tuesday, the Bitcoin price increased by $1,268.19 reaching a...
Read more
Bitcoin

Bobby lee in his 2018 tweet mentioned the next rally is predicted to start by late 2020 and would peak out in 2021...
Read more
Bitcoin

Peter Schiff tweets that it's amusing to read the Bitcoin pumper's excuses as to what stopped Bitcoin's rally recently. He also thinks that,...
Read more
Load more

Venezuela Might Become The Richest Country If Bitcoin Booms Up

Venezuela is also a Country where there is...
Read more

CPT Is Shutting Down Due To Regulatory Uncertainties In Cryptocurrency

Contents Protocol Team announced that they are shutting...
Read more

Fincy, A Singapore-based fintech, that it has added...
Read more

Bitcoin, Ethereum, & Tether Are Top Three Cryptocurrencies For The Year 2020

During the past year, investors, traders, and users...
Read more

The coronavirus outbreak has inspired some hark kicks...
Read more

The spot market trading volume of Bitcoin has...
Read more

In a research suggested that Patoshi or Satoshi...
Read more

LISK is facing the negative movement in the...
Read more
Facebook

Stuart Levey becomes the first CEO of the...
Read more