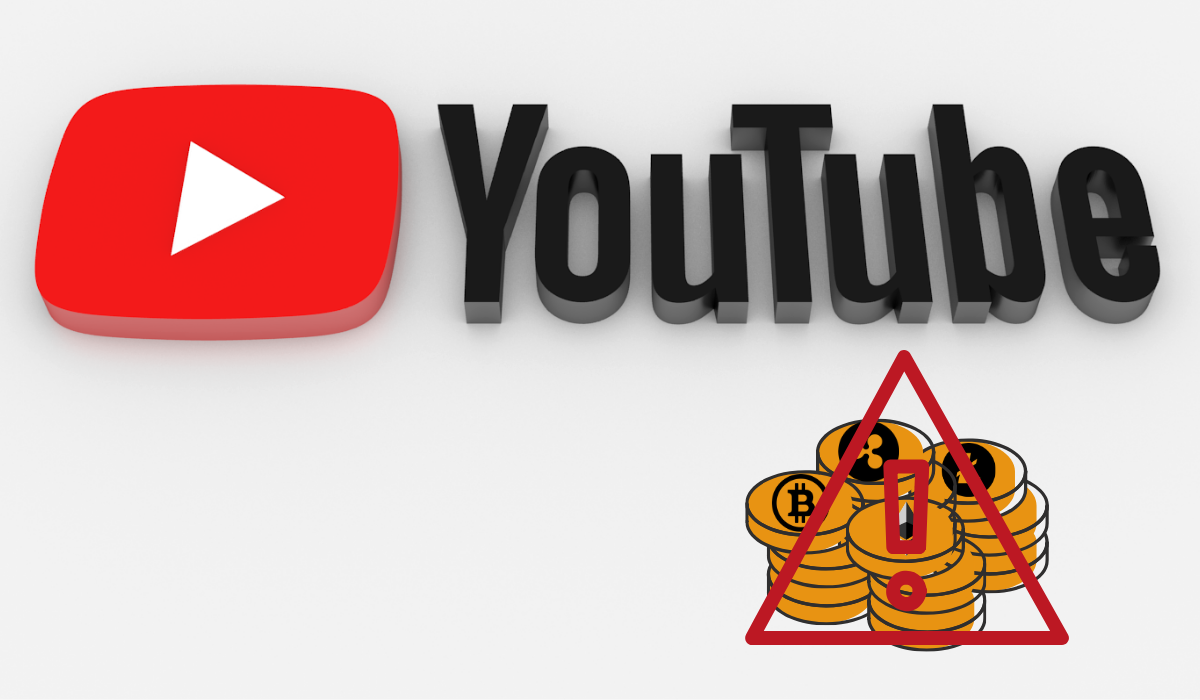 The search giant has had a very unsteady relationship with cryptocurrencies. Still, once again, Google has pulled a sucker punch on Bitcoin and other related cryptocurrencies as it removes a plethora of crypto-related videos from its popular video-sharing platform, YouTube.

The purge of cryptocurrency content from YouTube began around the end of December 2019 when channels such as Chris Dunn TV, CryptoBeadles, Chico Crypto, AltCoin Daily, and many more, began seeing multiple videos face deletion on their channels citing “Harmful or Dangerous Content” as the reason. Both big and small YouTubers were affected from channels with hundreds of thousands of subscribers and millions of views to smaller channels with a few thousand subscribers.

This kind of behaviour from YouTube affects not only the community but also the creators themselves as a large number of them rely on YouTube’s monetization programs as their daily income and such massive takedowns severely affect the monetary status of the creator.

.@YouTube just removed most of my crypto videos citing "harmful or dangerous content" and "sale of regulated goods"… it's been 10 years of making videos, 200k+ subs, and 7M+ views. WTF are you guys doing @TeamYouTube?! pic.twitter.com/MPcKbBVrC4

The company later clarified that the removal of cryptocurrency content from their platform was an error and the removed videos would reinstated. However, some YouTubers purportedly claim that their videos remain deleted.

Ran NeuNer, the host of the CryptoTrader show on CNBC Africa, stated that “YouTube deleting all Crypto content is a massive blow to the industry.” NeuNer is not wrong as YouTube stands to be the largest video sharing platform on the planet.

Millions of users log on to the platform for the vast roster of educational content, and YouTube stands as a popular starting point for most people interested in any subject. This crackdown on cryptocurrency-based videos is highly discouraging to those interested in the field.

Although YouTube never offered an official statement other than it being an “error” on their part on why bitcoin and other cryptocurrency-related videos mainly targeted, many speculated it to be that the company wanted to regulate the flow of spam websites advertised in video descriptions and non-coincidentally they had also banned cryptocurrency advertising in the past.

Google already has a dissenting history of actions with cryptocurrencies in the past, including its cryptocurrency advertising ban and its removal of cryptocurrency-based apps from their mobile app delivery service, Google Play Store.

The multi-billion dollar company first castigated cryptocurrency advertising in mid-2018 when Google Ads, a massive platform deeply integrated into millions of websites, services and products, affected the Bitcoin market price, pummelling it down 10% after the ban.

This was when Facebook had banned cryptocurrency-related advertising on its own platform two, thus locking out two of the largest advertising companies and the audience they catered to, from the growing market.

Although this excluded cryptocurrencies from other paid advertising companies, the ban took a severe effect on the cryptocurrency market as the most popular currencies saw a decline in value relative to their high point at the beginning of the year.

Though the company quickly reversed their decision after a short three months of a massive backlash from the community and when U.S regulatory clarity where it found that Bitcoin and Ethereum are neither securities nor scams.

Google also very recently removed MetaMask, an Ethereum wallet that allowed users to run Ethereum-based decentralized apps or dApps, from the app store of the Android Operating Software, the Google Play Store. The company reportedly stated that the reason for the takedown was its policy prohibiting crypto-mining on mobile devices, which MetaMask was not exploiting.

Finally, after a massive backlash from the community, Google acknowledged that the takedown was a mistake on their part and reinstated MetaMask to the Play Store. 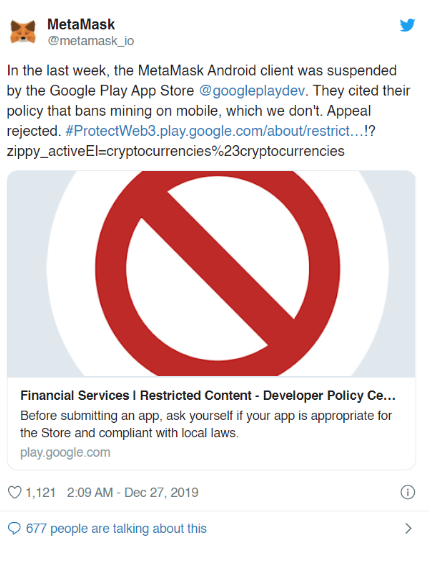 The Need For A Decentralized Network

This repeated behaviour of berating cryptocurrencies puts the industry at risk because Google being the tech giant it is, holds an immense amount of power in being able to sway popular perception about the space.

Changpeng Zhao, the founder and chief executive of the cryptocurrency exchange Binance, commented on Twitter after the YouTube controversy saying,

“It may be time the crypto community take a stab at its own blockchain-enabled censorship-resistant social media platform”.

Zhao seems to have a strong argument as this kind of monopolistic behaviour displayed by YouTube and the stricter regulations being put into place by Google prove the reason as to why there is a strong need for a decentralized network for social media.

The crypto-community has begun looking for new platforms, and many have turned to blockchain-based platforms like LBRY, BitTuber, DTube, Steemit, Mind, Bitchute, etc. Platforms like LBRY use blockchain technology to empower users to publish content and get monetized their material with integrated payment systems.

LBRY also provides services that allow creators to republish their content onto the LBRY library. Naomi Brockwell who hosts the popular blockchain-focused channel, NBTV on both YouTube and LBRY, said to CoinTelegraph,

A huge reason why such platforms remain unpopular is the lack of a broad audience compared to more massively operating sites like YouTube. People who understand the need for decentralized platforms like LBRY are also the same people who have good knowledge of cryptocurrencies and Bitcoin and the educational reach of the content published greatly diminished.

Other alternatives include platforms like BitTuber, which focuses more on free speech, fairness and free monetization. The need for unmoderated content has become more and more of a necessity in an age where larger social media companies are doubling down on more and more regulations and restrictions to their content.

As audiences still limited on growing decentralized platforms like LBRY and BitTuber, there are many other issues that these platforms have yet to tackle like copyright protection and privacy rights before larger YouTubers can migrate their content and viewers to these platforms.

YouTube’s actions will pose dawn to a new age of social media where the need for decentralized applications, that take control from large monopolistic corporations and distribute power to the users, will begin to find more significant people herding over to itself.