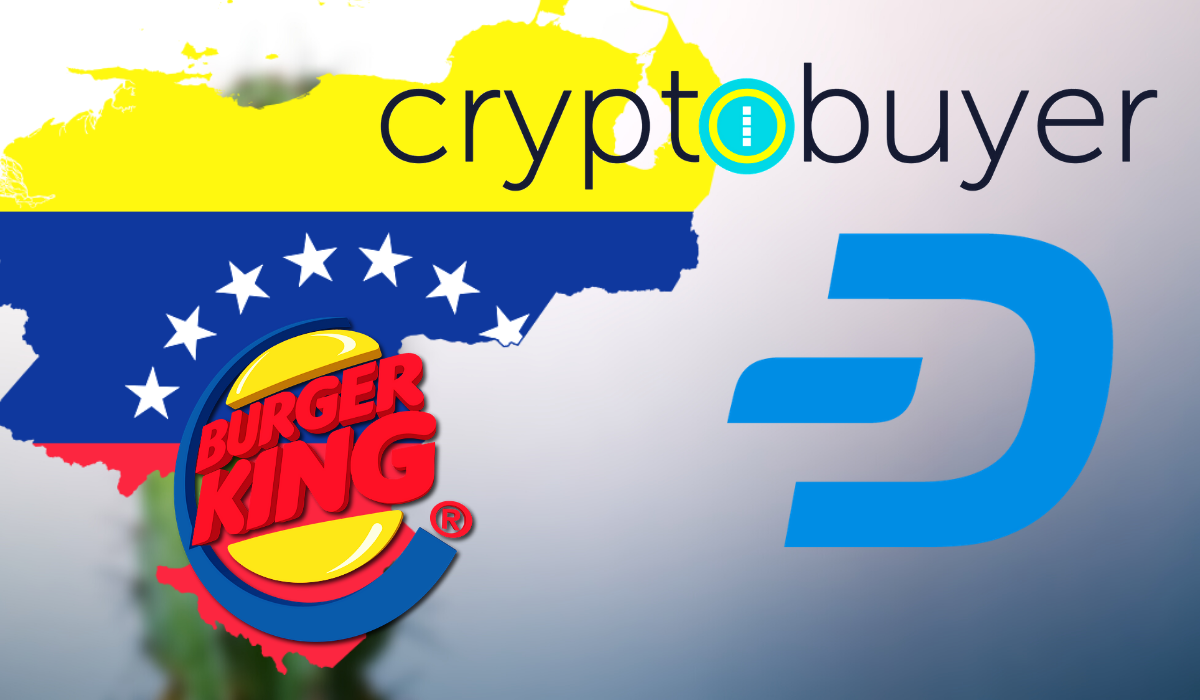 In Venezuela, reports suggest that Burger King has decided to partner with Cryptobuyer. This would result in the acceptance of Dash payments for its customers in Venezuela. Cryptobuyer is based in Panama and founded in Venezuelan.

The first trial of this partnership had taken place on December 30th, 2019, in a shopping center in Caracas.

The POS system of Cryptobuyer has rolled out as a pilot. This partnership of Burger King and Cryptobuyer is going to be served in 40 locations nationwide in the year 2020.

The team of Burger King trained regarding the same. In the coming weeks, the stores will slowly start to roll out Dash payments into all stores in Venezuela. This will also accompany the plans of accepting other cryptocurrencies in Cryptobuyer’s portfolio.

The development which has taken place is directly the result of receiving significant demands from Dash users and the local merchants of Venezuela. Figures suggest that almost 1,000 verified merchants in Venezuela accept Dash at point of sale.

If this experiment turns out to be a success, this partnership will spread more in other BK establishments as the year advances.

With the help of its Cryptobuyer Pay point of sale system. Cryptobuyer will allow cashiers to charge hungry customers in as many as six different cryptocurrencies. The fast-food giant will now accept payments in Bitcoin (BTC), Ethereum (ETH), Binance (BNB), Dash, Tether (USDT), and Litecoin (LTC).

Ever since inflation has started to eat away at Venezuela’s currency, the bolívar, the population has been looking for other alternatives that safeguard the value of their money. Due to this, there is a rising interest in digital currencies. This can be considered the sole reason why businesses like Burger King aim to please the growing market by accepting cryptos.

Intending to connect consumers with crypto and the businesses that accept them, Juan Carlos Petit released an app called CriptoLugares VE in 2018. With the help of this application, you can find out the establishments that accept cryptos. This makes locating them easy for customers.

All these things adopted by Venezuelans are a direct indication of their concern about the degradation of the value of their money. They are utilizing new techniques to stop this.

Goldman Sachs has taken a step towards the crypto ecosystem