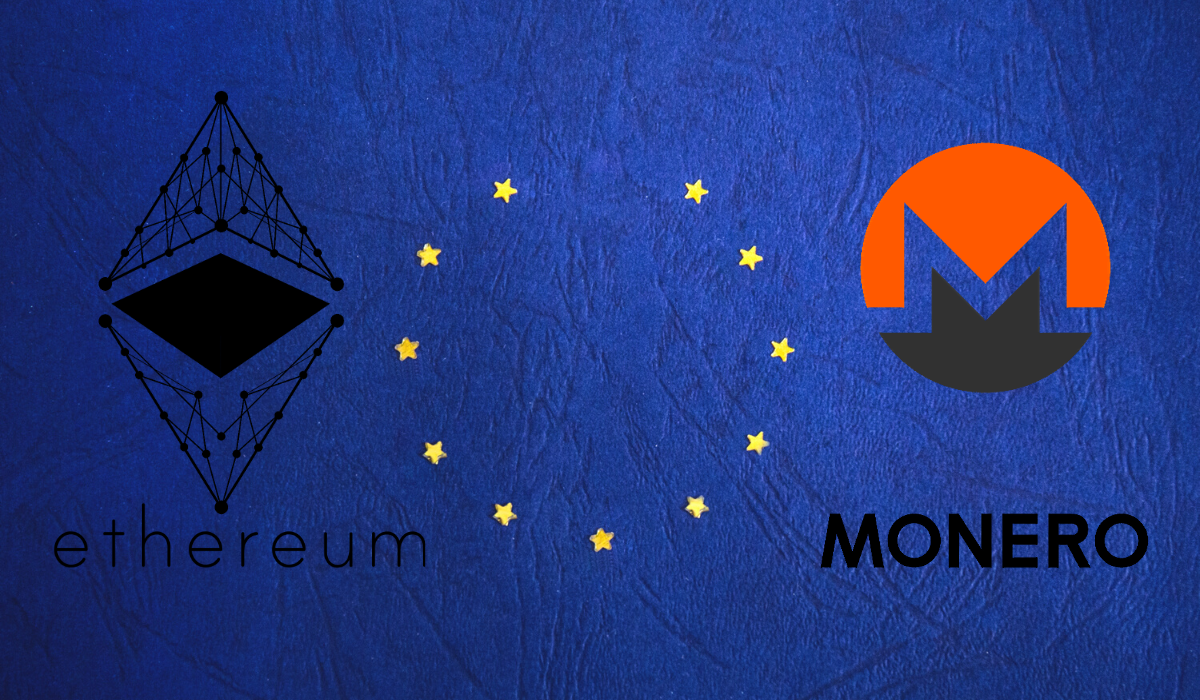 In a world where digitisation is the key, everything has evolved, such as, the way of communication, ways of transportation and even the way of transaction. Talking of the third one, the transactions, the cryptos have taken all over the globe and are still emerging. So let us see some of the latest news on two of the blockchain-thriving crypto assets- Monero and Ethereum.

Ethereum (ETH) and Monero Hashrate has the maximum share in europe. As China leads in the mining of Bitcoin, by using its computational powers.

This reported by TokenInsight Report, the data analytics org, which aims to provide correct and accurate information. Monero is one of the safest and open-source cryptocurrencies which provides you with the feature of the obfuscated public ledger.

Monero very much focussed on the terms such as fungibility, privacy and decentralisation. Moreover, no outsider can get to know about the details of the transactions in the Monero coins, thus providing the security to the community as a whole.

Ethereum, another decentralised global platform, is an open-source, public blockchain-based computing platform. Ethereum sometimes termed as the new era of internet for it allows its users to the benefit of the money and payments which built-in.

This currency is also sometimes considered to be even better than BTC because it is more of a ledger technology rather than just a currency.

In a world more than 400 cryptocurrencies exist and are used for trading in the market, only 63 of these have a daily trading volume of $100,000. This was according to the demographics of CoinMarketCap.

Experts have also mentioned that the altcoins, unlike the Bitcoins, are more difficult to mine, making these two assets falling under the same category. Monero and Ethereum are the two main crypto assets which are used for European mining pools and hold a percentage of 51% and 49% respectively.

Also at the times of mining Grin cryptocurrencies, the Asia- Pacific region accounts for being the leaders with a massive 54% of which Ethereum and XMR hold a maximum part. ETH and XMR also control the North American miners’ markets and maintains a high share of 29% and 35% respectively.