John McAfee Says Monero (XMR) Is the Most Used Crypto, Bitcoin’s The Least 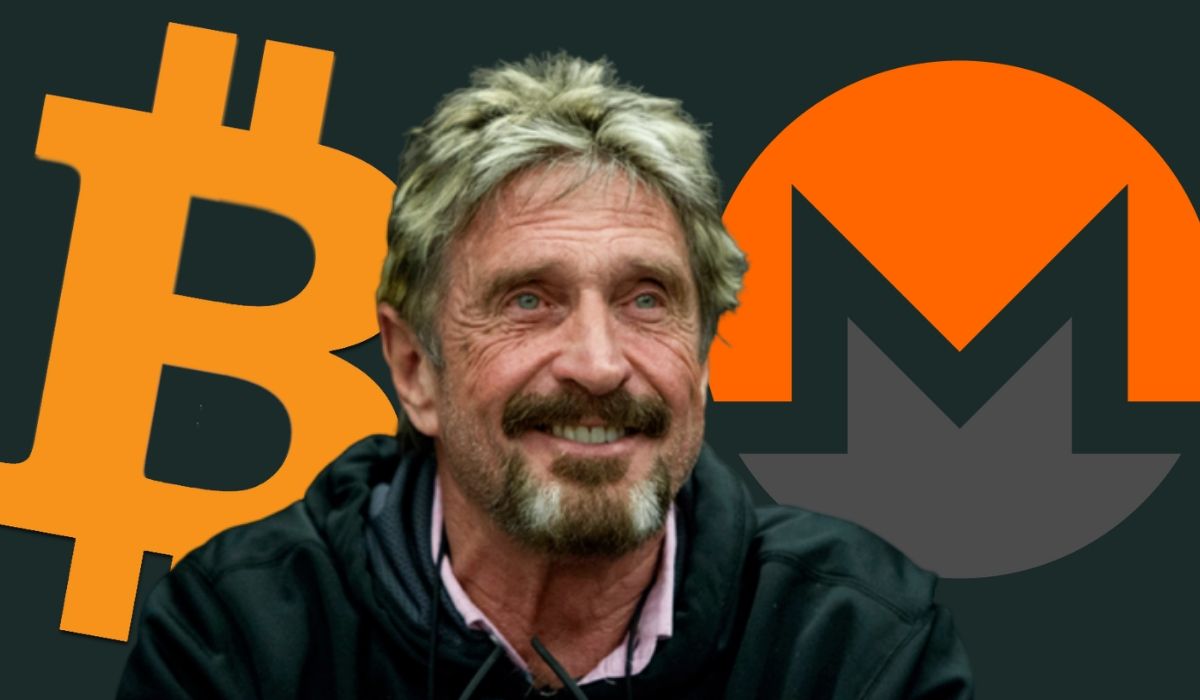 John McAfee has recently acknowledged the cryptocurrency, Monero (XMR), to be the widely used coin. He alongside put down the crypto king, Bitcoin, asserting that nobody accepts it any longer. McAfee is the founder of the crypto exchange McafeeDex. He has also founded the software enterprise McAfee Associates.

McAfee is well-known for his interest in the Bitcoin cryptocurrency. He has remained a prominent Bitcoin advocate who earlier predicted BTC would knock $1 million by 2020 end. But since recent times, it appears through his confessions like he is no more a fan of the king crypto.

His assertion came to light through his tweet on May 1. He raised a query as to why all cryptocurrencies tie to Bitcoin virtually in terms of price value.

Does anyone else see the insanity of virtually all of crypto being tied to the value of Bitcoin?

Why for example, should Monero, whose value is its Privacy, be tied in any way to a coin that has ZERO privacy — Bitcoin?

Furthermore, he, in particular, questioned why Monero tied to a cryptocurrency like Bitcoin that stands at Zero in terms of privacy. He further cited Monero (XMR) as ideal crypto when it comes to privacy. Monero (XMR) was launched in the year 2014 with the idea to enhance high security and to make it untraceable.

Right now it's Monero – the most widely used ("used", not "traded") crypto in the World.

Landing into controversies through his statements is nothing new for this computer scientist. McAfee’s assertion about BTC attracts quick responses from Bitcoin enthusiasts.  .

#btc is king. It shouldn’t be that way of course, but it’s what we have right now. So I’m rooting for it

One of the Twitter users that BTC is the king. Further stating that it’s the reality, although it must not be that way.

It is not King. It's the most widely "traded" coin.

The most widely "used" coin is Monero.

If you doubt that check vendors on the Dark Web.

Making a comeback to this tweet, McAfee says BTC is not the king though it is the most widely traded coin. He also pointed out that nobody is willing to accept BTC anymore. Finally, asserting that the crypto everybody uses more widely is Monero.

Umme Haani
Umme Haani is a writer for Thecoinrepublic. she contributes a researched piece on cryptocurrencies and updates. Umme is an aspiring engineer who immensely enjoys writing and technical writing brings the best of both worlds under one roof for her.

Since Bitcoin was first established, every year, the number of Bitcoin addresses holding a minimum of 1 BTC is increasingWholecoiners represent around...
Read more

Lisk was unable to hold bullish levels around $1.60 and faced significant negative reversals from the resistance level of $1.80The LSK/BTC pair...
Read more

Bitcoin performed its best during the global pandemicThe entry of Indians in the cryptosphere seems to be a reason for Bitcoin's uptrendThe...
Read more
Bitcoin

Since Bitcoin was first established, every year, the number of Bitcoin addresses holding a minimum of 1 BTC is increasingWholecoiners represent around...
Read more
Bitcoin