Majestic rally in the crypto-verse persists as bulls appear to have boundless strength. The price volatility is re-entering in the cryptocurrency market in the past few weeks. Bitcoin, the world’s largest cryptocurrency, firmly holding its position above the support level of $11,400, after several attempts to breach $12,000. Ethereum, like Bitcoin, Falls Short at $400 and currently trading at $395. The low-cap altcoins, however, continue with major swings with some noble gains charted. Lisk is one such Low cap altcoin presently ranked at 60th position on coinmarketcap with a market cap of $174,768,910.

Lisk has had a very volatile trading history since the start of this year, Lisk started the year with a $0.5 price. After some weeks of gradually building momentum, the LISK broke out in the early stages of February. The coin acquired the quarterly highest price level at a $2.48 mark. Soon after, the price started to deteriorate, Lisk lost almost 50% of its value and dropped to $1.22. Lisk was trading sideways with no significant fluctuations in price until the COVID crash.

The whole crypto market saw a sharp blow due to Coronavirus, which pushed bitcoin to a lower level of $3000. Bitcoin’s dominance and market conditions returned Lisk to the $0.70 level. However, lisk was least impacted by COVID crash as compared to other major cryptocurrencies. The price of Lisk recovered to $1 within a week but failed to hold its position above the $1.22 mark since then it’s been trading sideways.

According to the accompanying chart, Lisk (LSK) has been in the accumulation phase for almost two years or 630 days. Lisk prices moved and bounced from the resistance of $2 and reached the lows of 50 cents in December 2019. 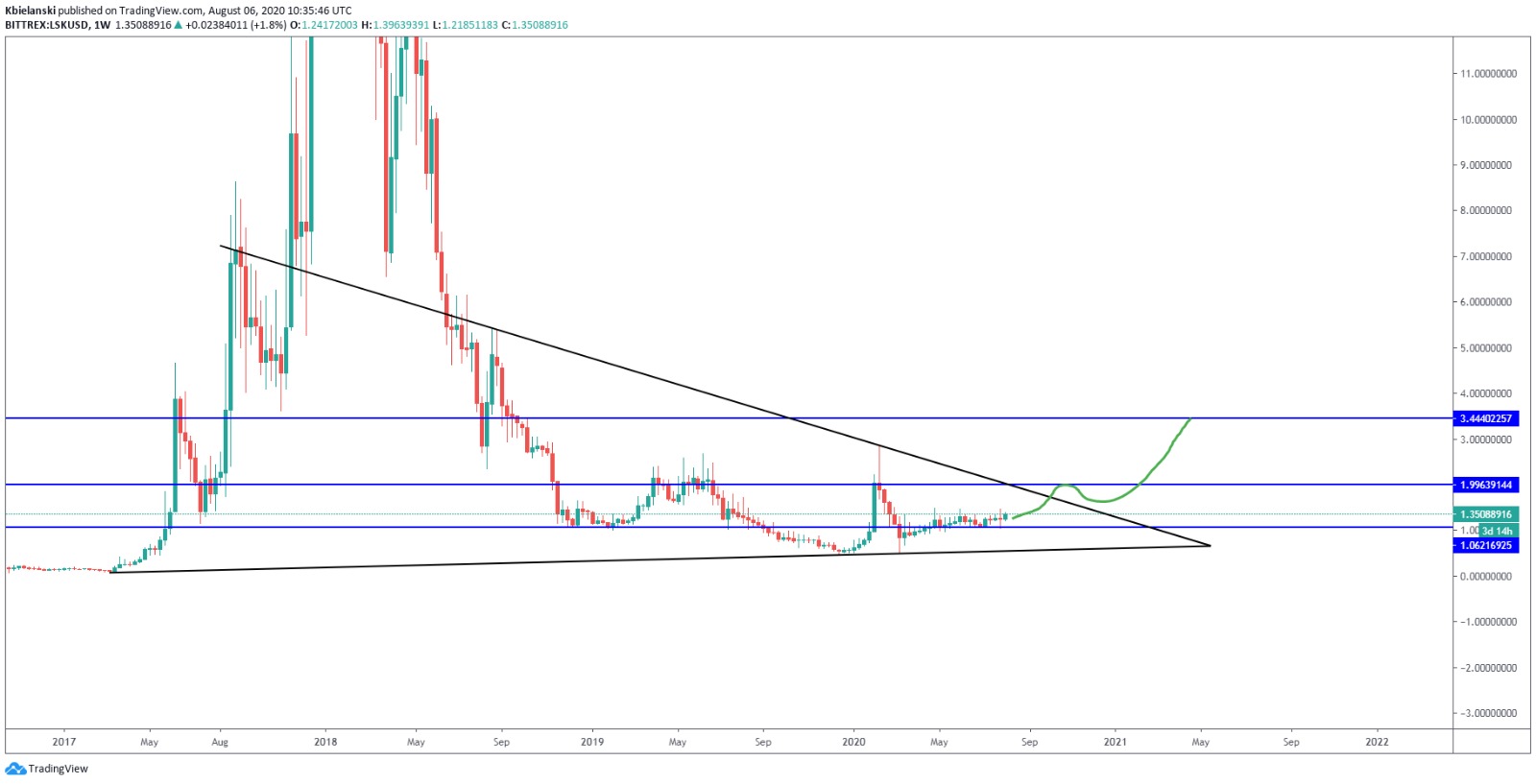 These past few weeks have been pretty well for LSK, as Bitcoin started moving upward. The market indicators pointed to a favorable period for Lisk as the MACD portrayed a bullish trend. The Bollinger Bands also hinted that the LISK market’s movement is a bullish one, as the green candle line is above moving average inside a Bollinger band.

As the market realizes bullish strength, LSK’s price may witness an upward spike with the break of the ascending triangle pattern. This break might push the price of LSK to the next resistance level, which is a long-term trend line for the asset.

Krystian Bielanskihttp://www.thecoinrepublic.com
Krystian is a crypto trader and investor with a background in IT based in Hong Kong. He specialises in technical and fundamental analysis working closely with chartist and algo programmers.

Lisk Price Analysis: LSK Token Price May Take A While To Reach The Moon