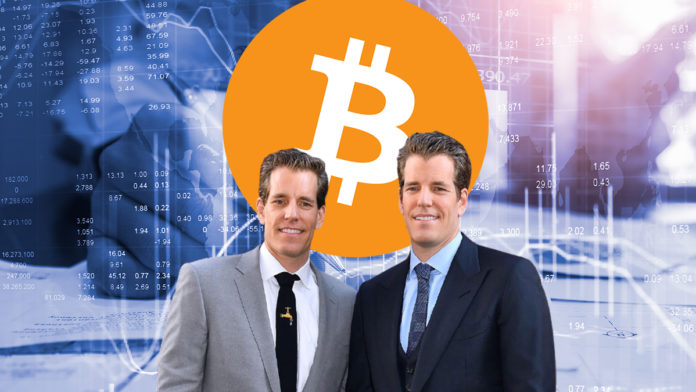 In an interview on CNBC’s Squawk Box, Tyler Winklevoss and Cameron Winklevoss, Bitcoin investors and founder of New York-based Gemini digital exchange, claim that the most famous cryptocurrency to be the best performing digital asset of the decade. The twin brothers explained as several investors are adopting Bitcoin as an inflation hedge, and the currency gained more than twenty-five times since its anonymous creator first established it, they conclude that the token designed by Satoshi Nakamoto is the best performing digital asset among all the crypto assets.

Can digital Bitcoin be able to disrupt traditional gold?

According to the Winklevoss brothers, Bitcoin can be called gold 2.0, as it has the capability to hamper the traditional asset gold. The twin brothers explained that if Bitcoin does that, the currency has to have a market capitalization of $9 trillion, then in the future, we can expect that one Bitcoin could reach at $5,00,000. Tyler stated that, as Bitcoin sits at the level of $18,000 recently, it’s a buying opportunity for investors because they think Bitcoin will go twenty-five times from here.

According to Cameron, several individuals understand that Bitcoin is the best inflation hedge asset with asymmetric returns of 25 to 40 times. No other digital currencies would be able to offer this kind of potential. However, last year also the brothers have stated similar comments about Bitcoin as gold 2.0 to CNBC.

According to Cameron, Bitcoin doesn’t really need to be a great medium of exchange. The total Bitcoins supply is capped at 21 million coins, after which it underwent a key technical event, whereas gold is scarce. To transport the physical gold is costly and challenging, whereas Bitcoin’s software can be easily transported anywhere across the world through email.

However, the twin brothers also stated that comparing with equities also Bitcoin is still the best performing asset of the year 2020.

Bitcoin investors continued to pile back into the cryptocurrency

On Monday, the price of Bitcoin was observed soaring by 5% towards the level of $19,000. Bitcoin has gained more than 160% this year since the beginning. The reason for the price surge is the interest of several whale investors like Stanley Druckenmiller, Paul Tudor Jones, and several fintech giants also helped to lower the barriers for entry. At press time, Bitcoin is trading at $19,458.74.