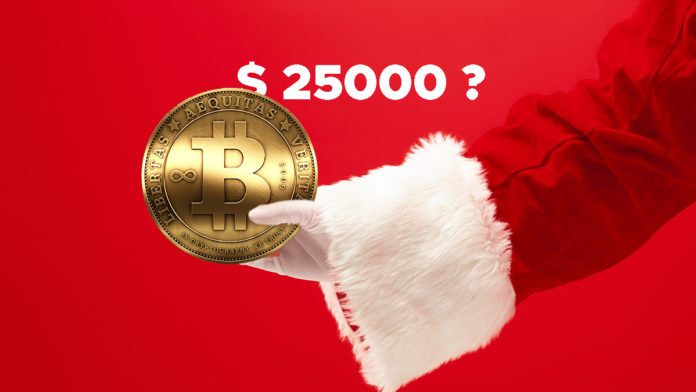 This Christmas, Bitcoiners are celebrating Bitmas, as the price of the leading crypto token has hit the new all-time high by achieving the level of $25,000. On social media platforms, several Bitcoiners are declaring “Merry Bitmas” as Bitcoin is soaring. However, with the surge BTC became the only asset which has surprisingly succeeded during the global COVID-19 pandemic.

Bitcoin has crossed the 11th largest company by market cap

According to the data from CoinMarketCap, it is observed that with the surge in the price of Bitcoin, the total market capitalization of the currency has also surged. At press time the total market capitalization of the world’s most famous cryptocurrency is more than $478 billion. According to the data from CompaniesMarketCap, it is observed that among the leading companies across the world the token designed by Satoshi Nakamoto can currently take its position at the 11th place in the list. With the market cap, it is found that Bitcoin has crossed the total market cap of VISA, Samsung, and Taiwan’s TSMC. However, the cross in market cap is symbolic.

Will BTC be able to sustain its bullish momentum?

The investors of BTC are known for their unquenchable optimism. According to several on-chain analysts, the trajectory of Bitcoin is yet optimistic. According to a report from the news outlet, Markets Insider, the total market cap of the most famous crypto token could reach $1 trillion by next year. However, it’s only possible if investors take their status of reserve currency seriously.

Whatsminer all set to launch Public Offering in the United States