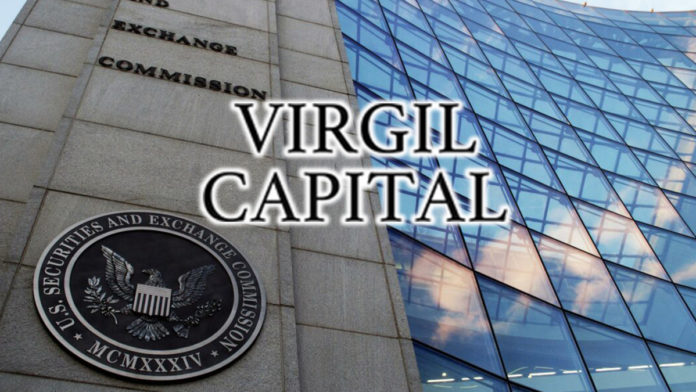 In recent times, whenever there is any suspicion on misappropriation of funds, the regulatory authorities immediately swing into action. Anything suspicious has to be grabbed from its roots to prevent any unforeseen circumstances which could potentially impact the entire nation. In the past, many scams have been unearthed but by the time they are identified, the damage has already been done. The government and regulatory authorities are the ones who are facing the heat in most of the occasions since they realise their errors at a very late stage.

Virgil Capital LLC is the latest such firm indulging in cryptocurrencies caught itself in a possible controversy. The U.S. Securities & Exchange Commission (SEC) has imposed an order imposing an asset freeze and other emergency relief against the firm and its affiliated companies. There is an alleged securities fraud relating to Virgil Capital’s flagship crypto trading fund namely Virgil Sigma Fund LP.

Stefan Qin who is the founder of Virgil Capital, has been accused of using the investor funds for personal usage or certain undisclosed high-risk investments since 2018. The final usage of these funds is still being traced but clearly there are certain dark areas which need immediate explanation.

The firm has failed to redeem investments of $3.5mm and simultaneously attempted to withdraw $1.7mm to pay off loan sharks in China. On inspection, it has been detected that the financial records were fabricated and the investor’s money is possibly being siphoned off.

Investors have not been able to get their redemptions since the past 6 months. Communication has been made stating their interests have been transferred to another fund (VQR Multi-strategy Fund LP) which is potentially managed by Qin himself. SEC has evidence that no such transfers have been made and the redemptions continue to remain outstanding.

The current findings point out that some conspiracy has been executed and the investor proceeds are not used for cryptocurrency trading. The commission has alleged that Qin is attempting to misappropriate assets from the VQR funds and raise new investments in Sigma Funds.

The action was taken by SEC based on the investigations and the evidence strongly indicate that investor proceeds are clearly stolen and could be used for either personal usage or may involve certain money-laundering activities.

Time will tell us the bottom of the story but such episodes should be taken seriously and investors should also conduct their due diligence before investing their money in any such funds or high risk investment opportunities.