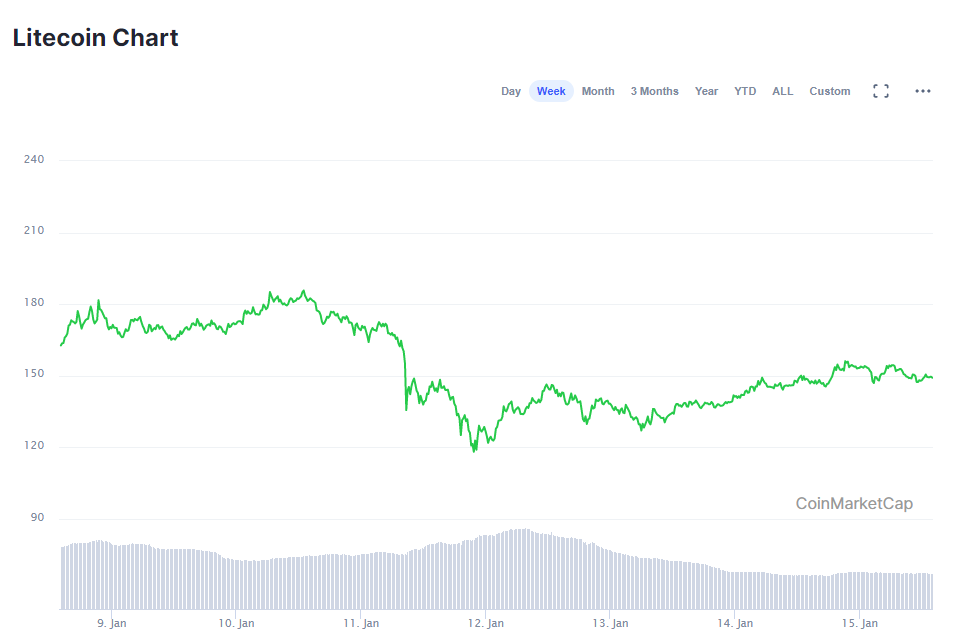 The weekly performance chart of Litecoin price levels highlights the recovery momentum after testing the critical support level of $110.00. During the current market session, the crypto asset has provided a positive breakout above the crucial mark of $150.00, indicating its ongoing attempt to regain the bullish regime. However, on the intraday chart, the price levels are unable to hold above $150. The CMP is placed at $149.98 with an overall gain of 1.07%, bringing the market capitalization to $9,898,530,249, increasing by 0.72%. The 24-hour volume traded has reached $8,059,176,538, causing an uptrend of 4.16%. 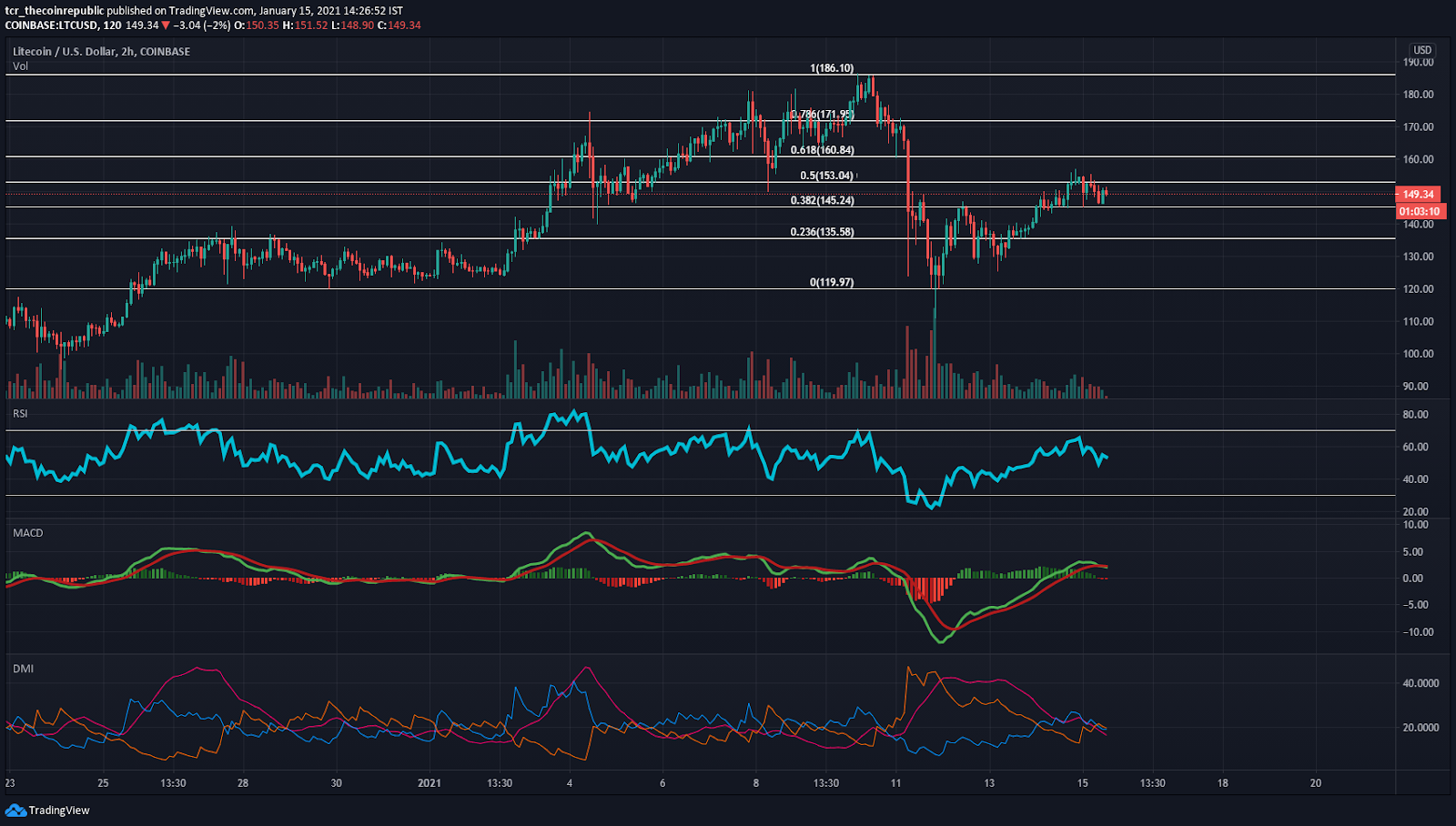 The technical chart highlights the significant bearish trend faced by Litecoin price levels forcing it to test the retracement table’s baseline. The levels did have a positive bounceback but currently facing resistance at 0.5fib level. A positive breakout in candle closing above the resistance line can be a confirmed bullish indication for the upcoming trading sessions.

The relative strength index (RSI) has retraced back after testing the overbought region but could not have a positive breakout. The current level stands at 55.19.

The moving average convergence & divergence (MACD) looked vulnerable for a bearish crossover, which can again diverge the levels below the histogram line.