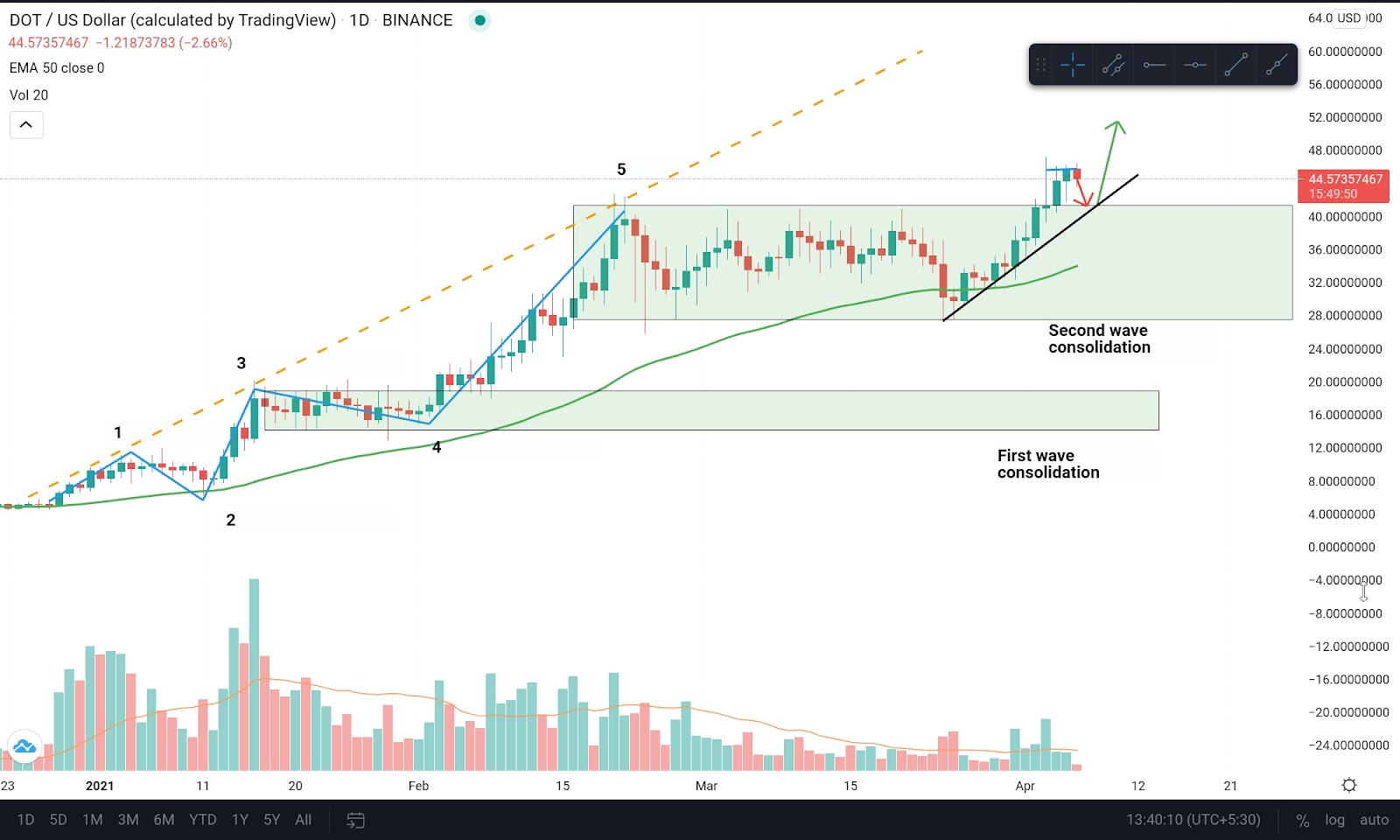 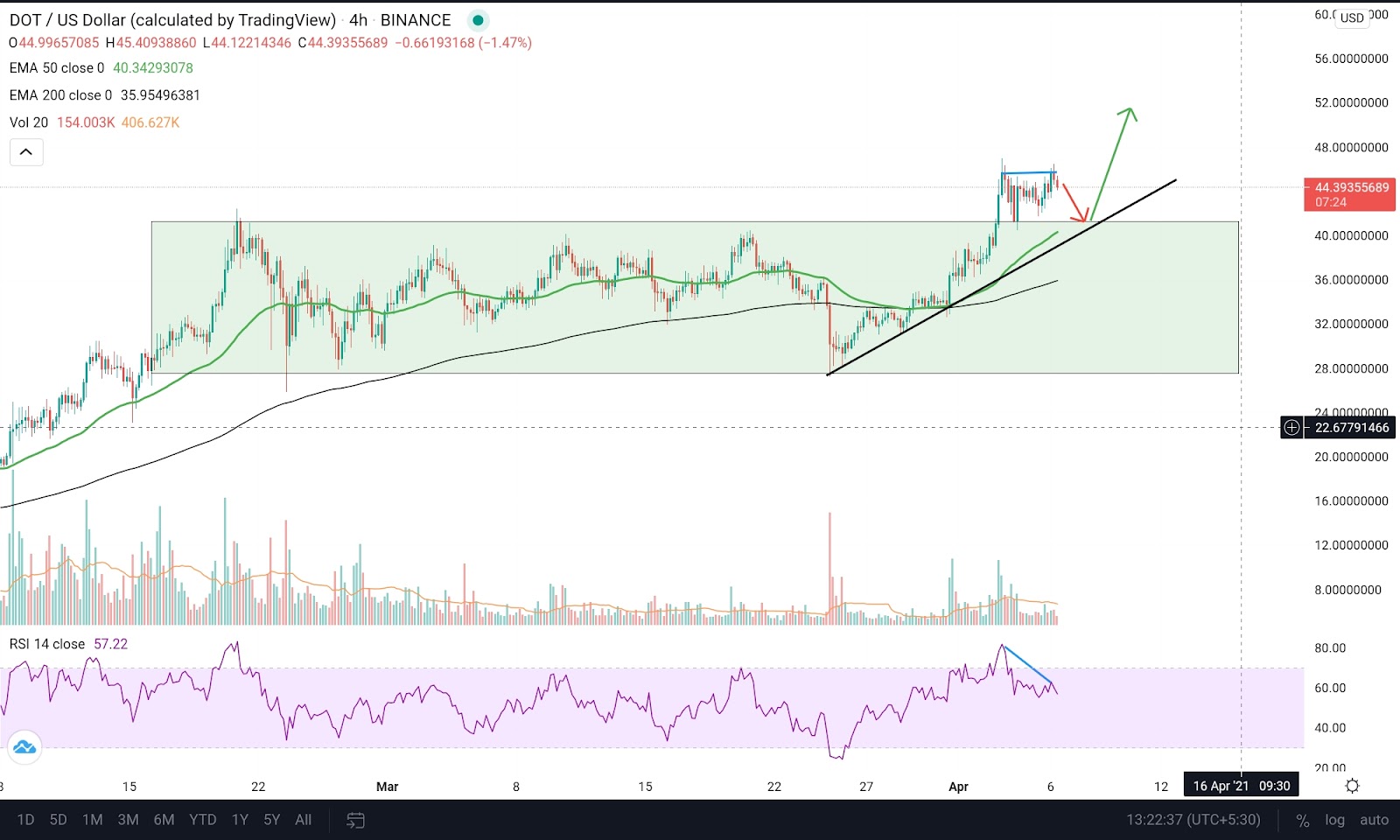 Polkadot price is ready to retest the breakout of such long consolidation. However, the double bottom formed after breakout could prove harmful to the bulls.

Up move could be expected until $50-$52 or more if the breakouts become a success.

50 EMA is above 200 EMA, and the scenario is similar to that of a crossover in the 4-hour timeframe forecasting strong up move.

RSI at 57 is slowly approaching an overbought zone, but the divergence of RSI could be more dangerous.

Entry would be ideal at the retest of the breakout of consolidation. However, one must be cautious as polkadot price might jump without retest leaving one behind. If the retest fails, the next support would be at the 200 EMA or near the base of the consolidation range.