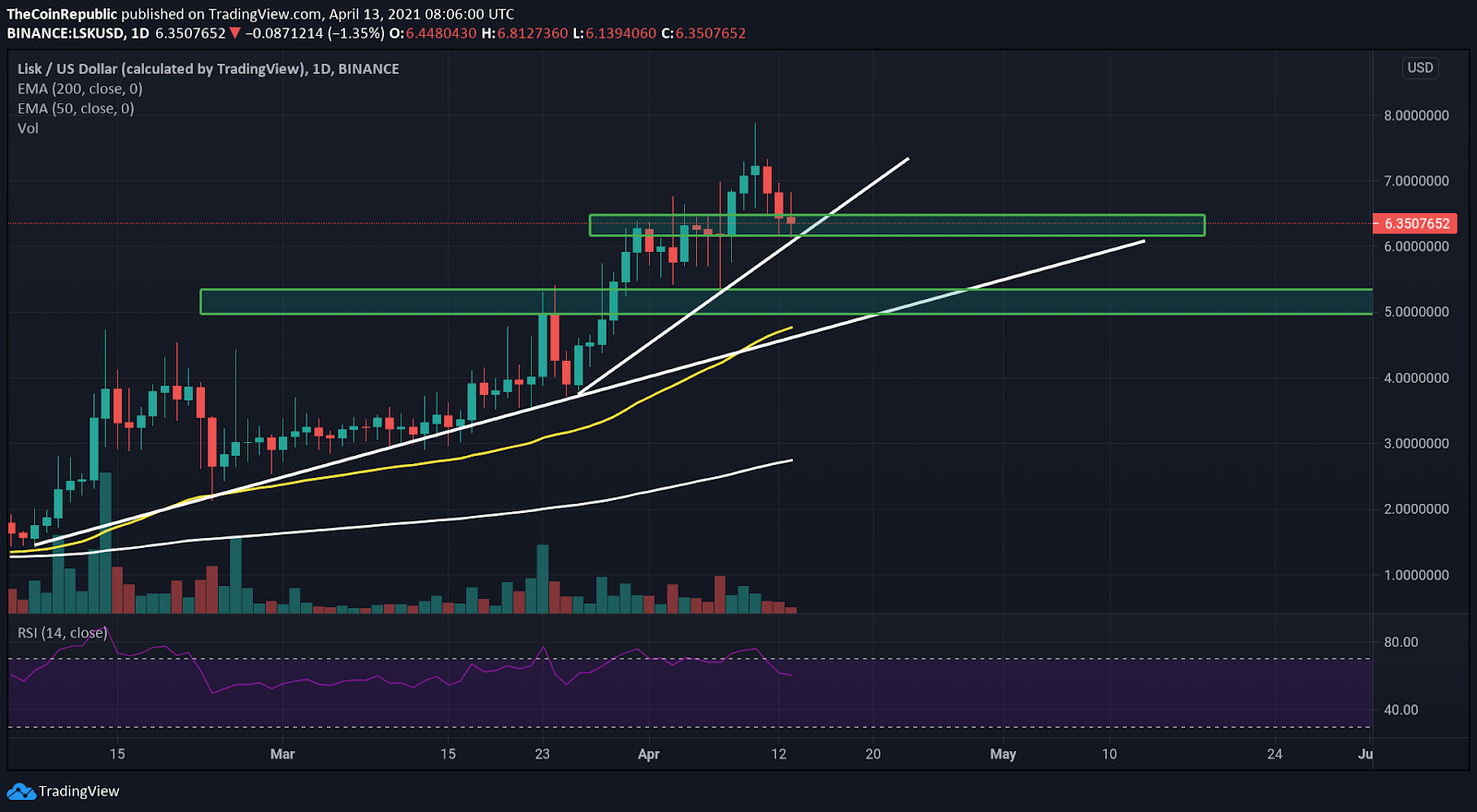 LISK coin is in a downtrend for now and has incurred a 20% loss in coin price in the last four days. However, the price is near the support zone and the support trendline, increasing the chance of price restarting an up move. In the daily timeframe, the price is above the 50 EMA (yellow) above the 200 EMA (white), indicating an uptrend in action. The downward slope of RSI, in the daily timeframe, might be temporary depending on the success of the support zone and the trendline.

BREAKING RESISTANCE ONE AFTER THE OTHER 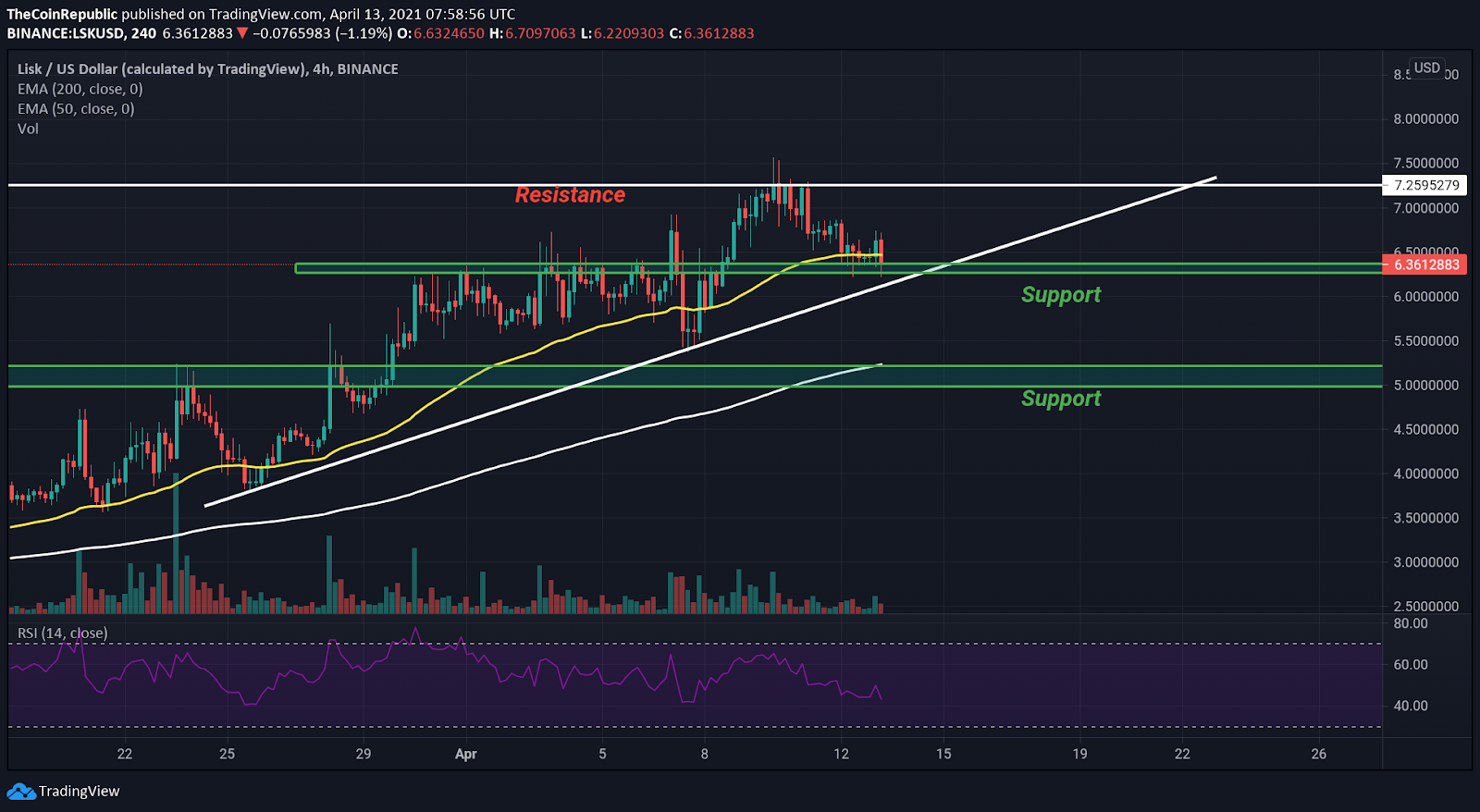 LSK coin recently broke an ascending triangle pattern to face another resistance at $7.25. It might start to form the same candlestick pattern again judged by the current situation’s looks. However, the support zone near $6.36 might sustain the price above, but if the price starts to fall below it, then the price could end close to the support zone near $5.3. The volume does look optimum to bring changes for either side.

As the Lisk.js event comes close, where the Lisk is unveiling the new blockchain interoperability solution, the probability of the price shooting increases.

And if the launch and the breakout of the candlestick pattern coincide, then the price could go sky-high.

The price is close to the 50 EMA(yellow) in the 4hour timeframe and the 200 EMA.

(White) is below both of them, indicating an uptrend in this timeframe.

The relative strength indicator’s downtrend reflects a lot of bearish sentiment in play, but it seems the downtrend will be disturbed soon if the support zone starts its work.

The new resistance level has initiated a new price action pattern which on breakout will prove a very advantageous entry point. The support zone fails, then a short entry will also be profitable. The support zone near $5.3 is the immediate next level where the price could hold up.

Support – 200EMA along with the mentioned support levels