Cardano Token Price Analysis: ADA Breaks Out Of Long Consolidation, Could Movie 25% Up 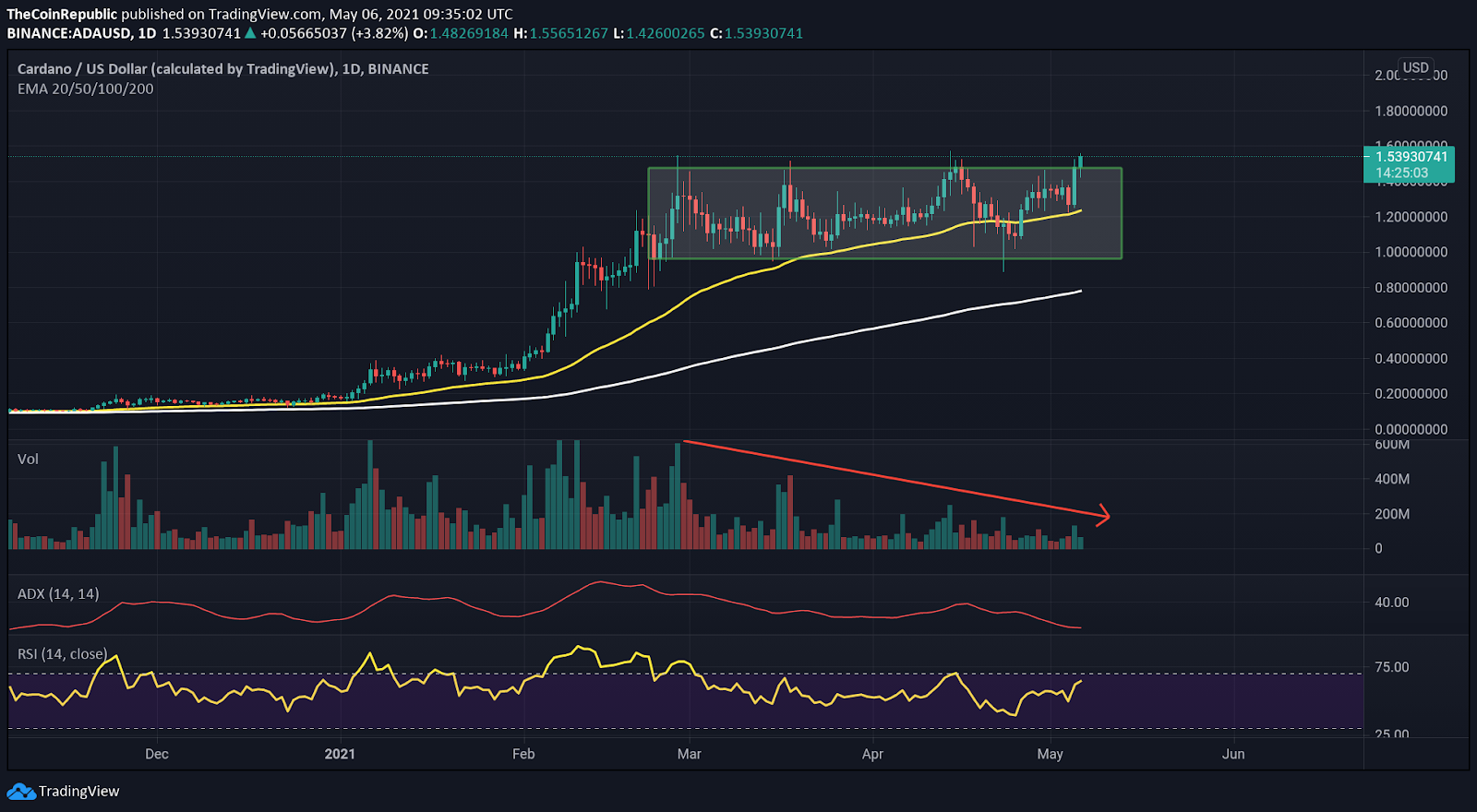 ADA token price is being traded at $1.58 with a gain of 18% in the last 24-hour. The coin price has managed to break out of a long consolidation range. However, the daily volume declines. The ADA token price is expected to rise even higher, at least 25% after retest. The coin price is trading above 50 EMA with frequent bullish engulfing candlesticks indicating that the bulls are overpowering bears. The live market capitalization of the coin is $50,319,066,745.

Breakout with a bang 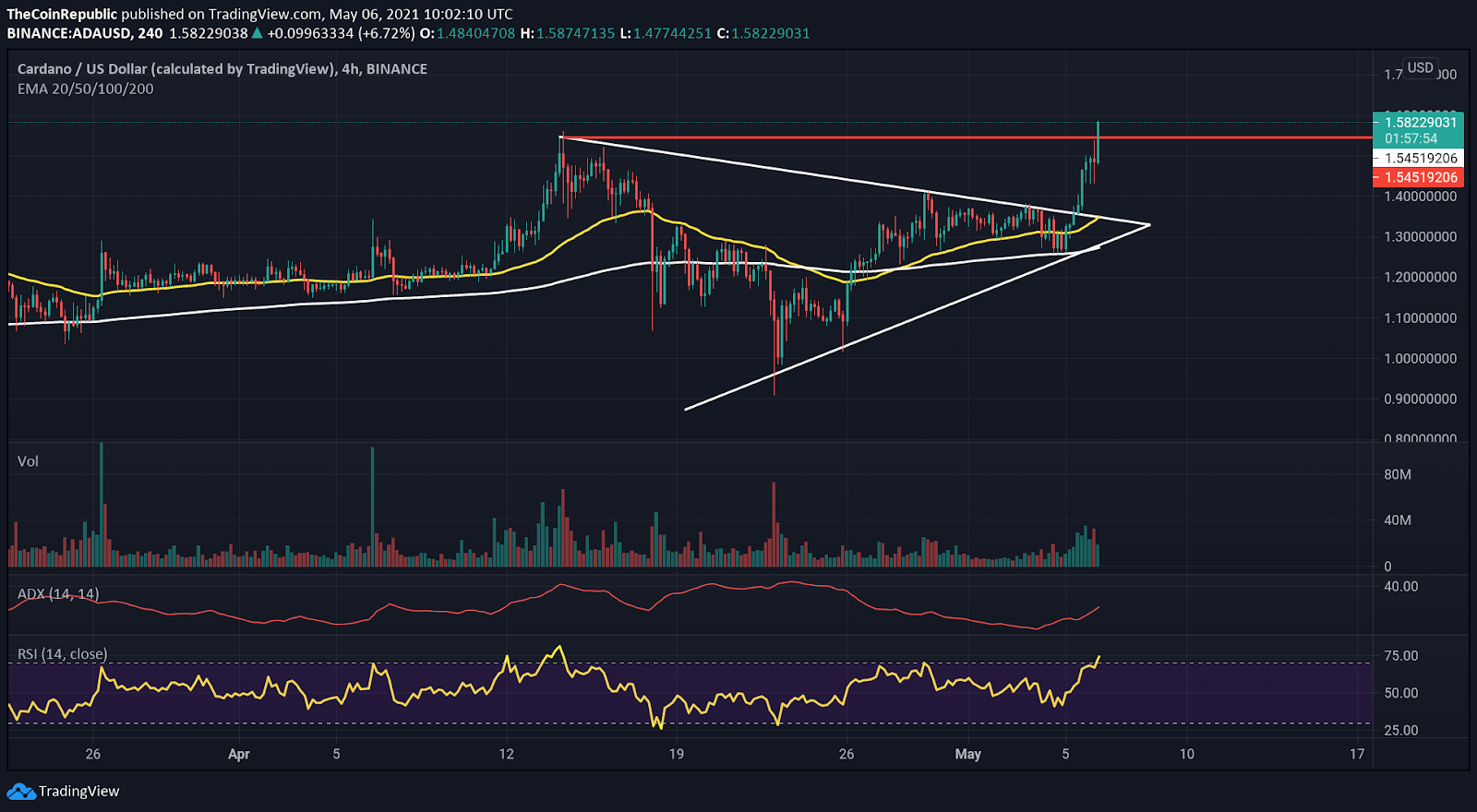 A reason for this phenomenal increase in buying pressure might be that ADA token is now available on Kraken with introductory annual staking rewards between 4-6%, issued weekly.

EMA- (50,200) provides strong support in the coin. 50 EMA (yellow) provided strong support where the coin price formed a bullish engulfing candlestick to boost the uptrend. The price is trading above the 50 EMA (yellow) in the daily timeframe. Investors may find the price sustaining above the 50 EMA as a positive point. Also, the 50 EMA is above the 200 EMA (white), indicating that the bulls are still in control in the daily timeframe.

The relative strength indicator (BULLISH), with a value of 76, indicates a buy signal in the coin. Also, the RSI slope did boost from 60 in the last 24 hours, with space to rise higher.

ADX indicator, with a value of 24.82 in the 4-hour timeframe, is rising higher, indicating that the boost in trend momentum could be expected to increase.

Conclusion – The breakout of the symmetrical triangle with the boost of volume might continue the bull run further, but in a larger picture, the breakout of the consolidation range was accompanied by a decrease in volume and the losing momentum that can drive the price lower. Early investors/traders must wait for a retest.

Cardano superior than Ethereum on innovation and technology aspects