Home » What is Big Eyes Coin, and How Does It Measure Up To DogeCoin And ApeCoin?

What is Big Eyes Coin, and How Does It Measure Up To DogeCoin And ApeCoin? 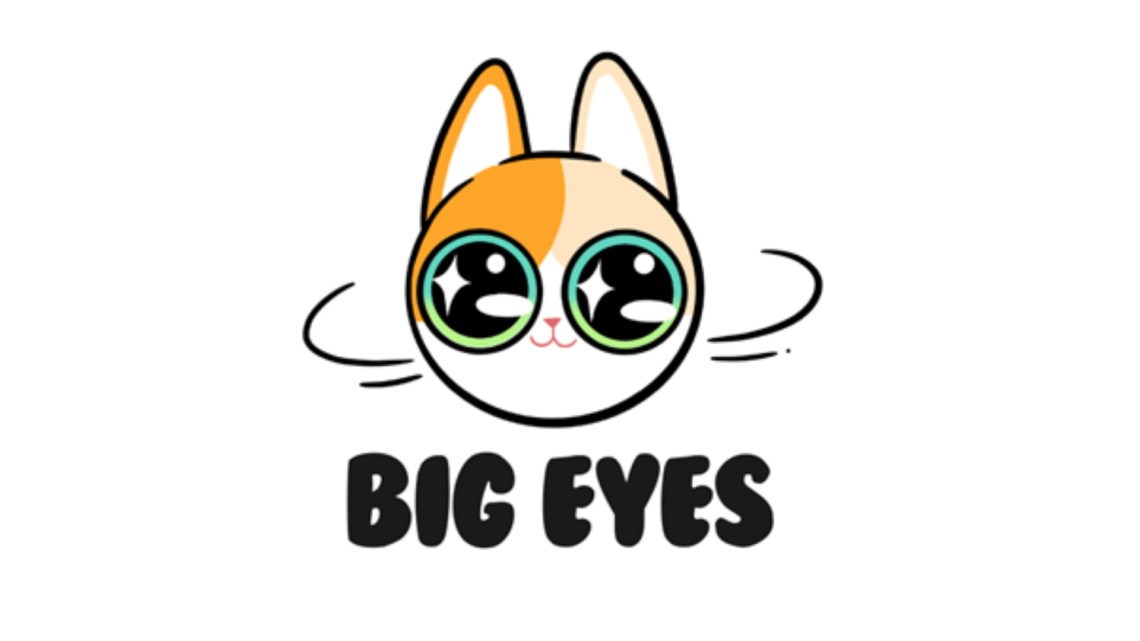 The crypto world has seen better days since the dip in the market due to the bear market, but crypto fans’ confidence in the business has not diminished. Despite the negative trend in the market, some individuals still hope the industry will recover. In light of this, DOGECOIN (DOGE), Apecoin (APE), and Big  Eyes Coin (BIG) are three coins designed to provide their investors with the most significant possible returns when the market recovers.

Nobody likes missing out on opportunities to make money, and investing in cryptocurrencies is among the quickest methods. People’s apathy about crypto inhibits them from entering the market and causes them to miss out on enormous profits.

As in the past, it is anticipated that the cryptocurrency market will emerge from the current abyss. With the price of numerous coins plummeting to unbelievable lows, the innovative sector may have reached its end. However, as the market has frequently demonstrated, it will continue to grow, and cryptocurrencies will eventually reach new heights.

Dogecoin (DOGE), Apecoin (APE), and Big Eyes Coin (BIG) are three coins making headlines on various crypto news websites. Let’s examine the motivations behind these currencies and how they intend to accomplish substantial gains and generate tremendous rewards for their holders.

Will Big Eyes Coin (BIG) Be The Next Crypto Phenomenon?

Global meme currencies want to succeed, create money for their holders, and improve the crypto environment. Big Eyes Coin (BIG) has mechanisms to achieve its objectives. Big Eyes Coin (BIG) has taken cues from various meme tokens over the years, gathering what it has learned and integrating them into its system to create a unique and versatile system that spans from DeFi to NFTs. Big Eyes Coin (BIG) is a unique project designed to help the community, conserve the ocean, and transfer wealth to the De-Fi ecosystem. The initiative has garnered a great deal of attention and appreciation, which has resulted in a rise in the number of stakeholders. At the time of writing, $1,049,313.69 USDT has been raised through the presale.

Big Eye Coin’s (BIG) plan is to enter the NFT market with its ocean conservation concept, which promises to generate significant interest and money. The Big Eyes Coin (BIG) targets the NFT and decentralized financial industries. These two industries brought in a total of $40 billion and $230 billion, respectively.

Big Eyes Coin (BIG) also intends to construct a free, decentralized system. A cost-free ecology is a system in which no transaction fees. Community members can buy and sell tokens without worrying about the ecosystem’s transaction fees.

Big Eyes Coin (BIG) is scheduled to debut on the Uniswap (UNI) platform. It will also benefit the coin’s NFT marketplace, as transaction fees will happen when an NFT is sold. The expenses are dispersed as follows: 4% to the original owner, 5% to BIG token holders, and 1% to charity. Currently, there are 200 billion Big Eyes Coins available. 5% of the 200 billion tokens will be donated to an ocean conservation foundation, while 70% will be distributed to the general population.

The future of the token appears to be infinite, and investing in it now gives you the best chance of generating enormous profits once it is released; you would be foolish to pass up this opportunity.

How To Get Big Eyes Coin (BIG)

The first option is for individuals who do not possess ETH or USDT. It is recommended to have ETH or USDT above $15 in your preferred wallet. Before purchasing USDT, you have to confirm the USDT contract and transaction amount.

After making a purchase using ETH or USDT, you will have to wait till the presale period is over before the token balance reflects in your selected wallet. It would be best if you visited the Big Eyes Coin (BIG) website to get your token.

DOGECOIN (DOGE) started as a joke in 2013 during a big online trend. Jackson Palmer and Billy Markus made fun of all the attention the bitcoin sector was getting at the time.

Unbelievable as it may seem, Dogecoin (DOGE) caught the attention of many crypto fans and owners, including Elon Musk, because of its incredible growth and inflationary qualities, which caused its value to rise by 300%.

Dogecoin’s code design was changed in 2014 to allow users to choose merged mining, which enables cryptocurrencies based on the same proof-of-work algorithm or scrypt to be mined simultaneously. Litecoin is one of the scrypt-based coins that may be mined with Dogecoin. Miners from other blockchains contribute to the evolution of the Dogecoin ecosystem and gain rewards from several blockchain systems through combined mining.

Due to the cryptocurrency market crash in 2018, the value of Dogecoin (DOGE) plummeted after a crazy rise. Because of this, Dogecoin (DOGE) lost much value. The token is lucky to have a group of people who care about it and work to keep it alive.

The popular meme coin might have gone quiet over the last couple of months, but with the slow return the crypto market has been experiencing, many expected the return of one of the top-ranking cryptocurrencies out there.

Although the reason behind the coin’s recent spike is not specific, the numbers are clear as day. The value of a dogecoin has increased by 13% over the past week, according to data collected by the coin’s blockchain. The king of meme coins has surpassed the likes of Bitcoin and Ethereum as the most valuable cryptocurrency (ETH). While the value of the meme coin was increasing, the value of Ethereum and Bitcoin was decreasing even further. Both experienced a decline, the former by 4.7% and the latter by 2.3%, respectively.

Tagging with Dogecoin (DOGE) was fellow meme coin Shiba Inu (SHIB). The coin recorded a 19% increase in value over the past week. Some experts believe Dogechain caused the growth. In a tweet, the Dogecoin (DOGE) team stated that they have no connections with Dogechain.

The token can be used in various ways to help enthusiasts have more faith in the meme coin. One of these is its relatively new ApeCoin DAO project, which is currently working on web 3.0 concepts to support the metaverse. ApeCoin (APE) is a reward token that can be earned by playing specific non-fungible token (NFT) games and purchasing certain non-fungible tokens from the Bored Ape Yacht Club (BAYC). The coin is supported by other businesses and the illustrious fashion house Gucci, which accepts it as a payment method alongside other businesses.

Considering all these factors, the next bullish run of the NFT and cryptocurrency market may benefit the coin and the people who hold it.

The cryptocurrency ecosystem is the most volatile system out there. It has had its highs and lows over the years, but enthusiasts still believe in it. The ecosystem keeps growing and attracting stakeholders. Introducing Big Eyes Coin (BIG) to the market is a new opportunity for interested parties to invest and make money. Different stakeholders have already put in funds, so what’s stopping you? 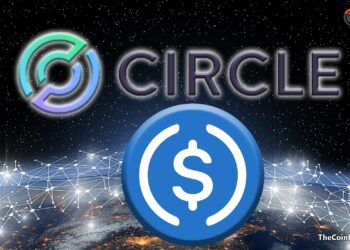 Circle Release PSA Warning and Stated “Not Fall for This” 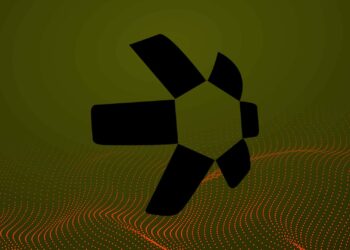 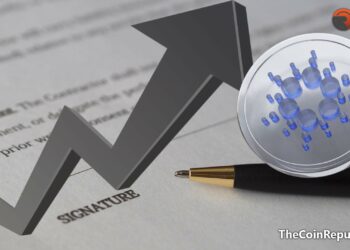 Where Cardano Likely To Move After 300% Increase in Smart Contracts Activity? 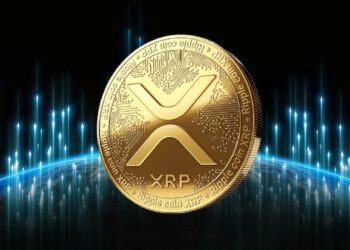 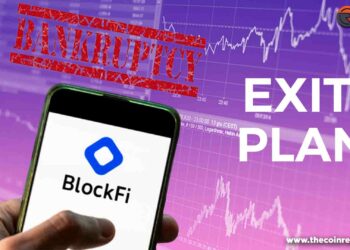 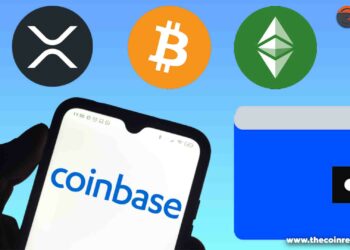