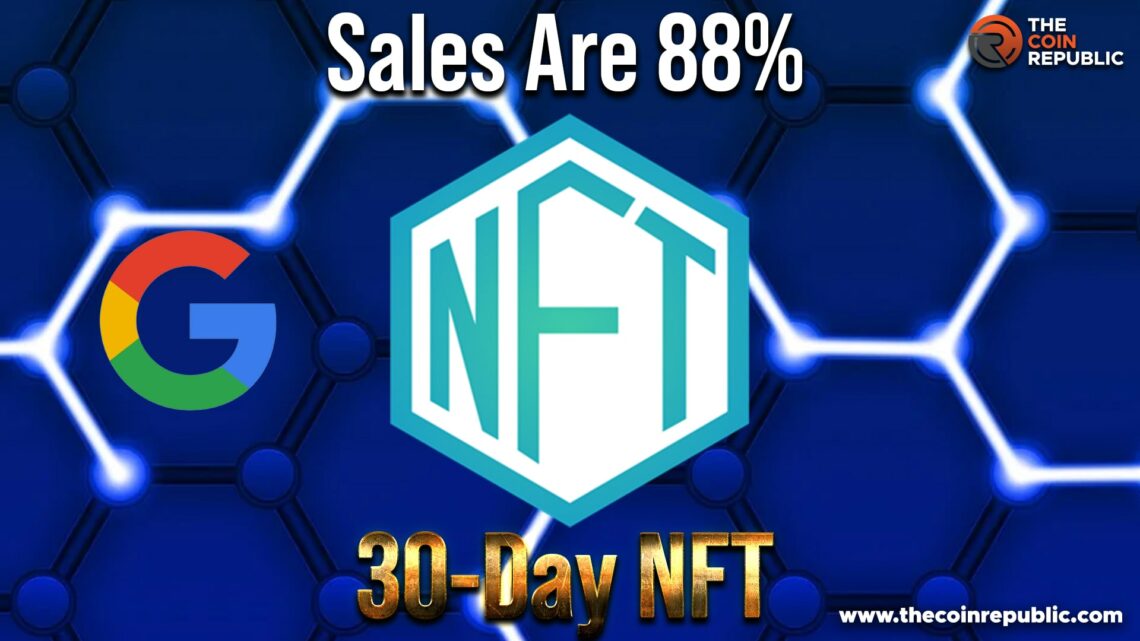 The non-fungible token (NFT) sale at the end of January this year, ran down in $4.77 billion. Also, the NFT sales have dropped off month after month since then. In the previous month, $549.82 Million in NFT sales took place which shows monthly NFT sales are more than 88% down than they were in January.

Moreover, in Google Trends the search term “NFT” reached the highest score last January, with a score of 100. On the other hand, the last week score of September was 12, which is also 88% lower in terms of interest.

As per the GT database it was the first time the search term tapped this region, except for today when the score is nearly 88% lower with a score of 12 during the week of October 2 through October 8, 2022.

It can be seen that Non-fungible tokens (NFTs) technology were very famous at the end of 2021 and during the first month of 2022. While, in terms of Google Trends data (GT), worldwide the term “NFT” scored the highest search query can get on the GT database, which is 100.

Additionally, on October 10, 2022 China is the most active region as per the GT metrics. The country is followed by Hong Kong, Singapore, Nigeria, and Taiwan.

The NFT Sales dropped since January as well, as records show that NFT sales were just above the half-billion mark or nearly $549.82 million. The number is almost 88.49% lower than the $4.77 billion in NFT sales recorded eight months ago.