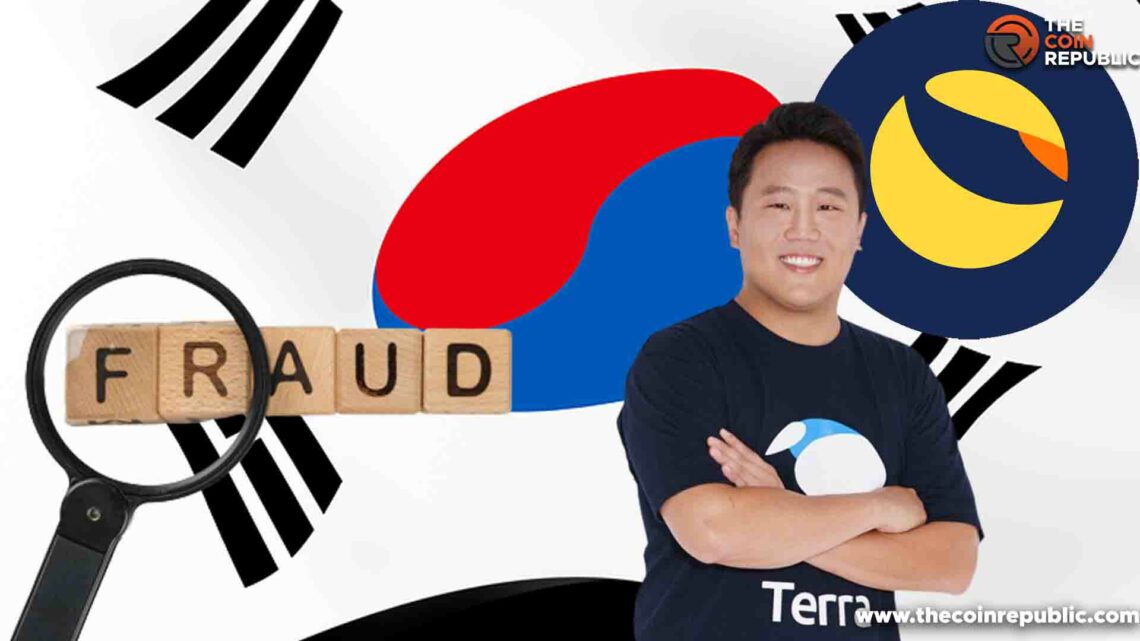 Daniel Shin and Do Kwon developed terra Luna in 2018; the motto behind the development of Terra Luna was the volatility of the crypto market.

Although it is also believed that the crash of Terra Luna severely affected the crypto market, Bitcoin was hardly affected because Terra did not have a sufficient reserve, so it sold its Bitcoin reserve. The lack of Buyers dropped the prices of Bitcoin.

Earlier on November 16, 2022, TheCoinRepublic reported that the Korean prosecutors revealed that they had called Shin to interrogate him for violating the rules and regulations of the capital markets law for unfair trade practices.

Prosecutors have also highlighted that Shin kept Luna tokens, which had been issued before without any notification to the regular investors. After that, he sold them at a high price. With this event, Shin earned about 140 billion Korean won, estimated at $106 million.

Recently, prosecutors in South Korea noted that they might charge Daniel Shin for fraudulently promoting the Terra-Luna stablecoin as a payment method, despite being warned several times by the financial regulator that it was against the law.

YTN (a South Korean media outlet) reported that Shin often stated in 2018 that the Terra stablecoin would be available as a payment method on the e-commerce platform for users in South Korea.

TheCoinRepublic reported on September 27, 2022, that Interpol has announced a Red notice on Terra founder Do Kwon. Do Kwon was accused of a Ponzi scheme that cost him billions of won.

The two tokens, TerraUSD and Luna, lost $40 billion (USD). The Seoul government sued Kwon for violating the Capital Market Law of the nation. The government accused five more Terraform employees in the case.