The recent decline in the price of Stellar from $0.078 to $0.071 has left concerns raised that the bullish momentum for the altcoin is over? 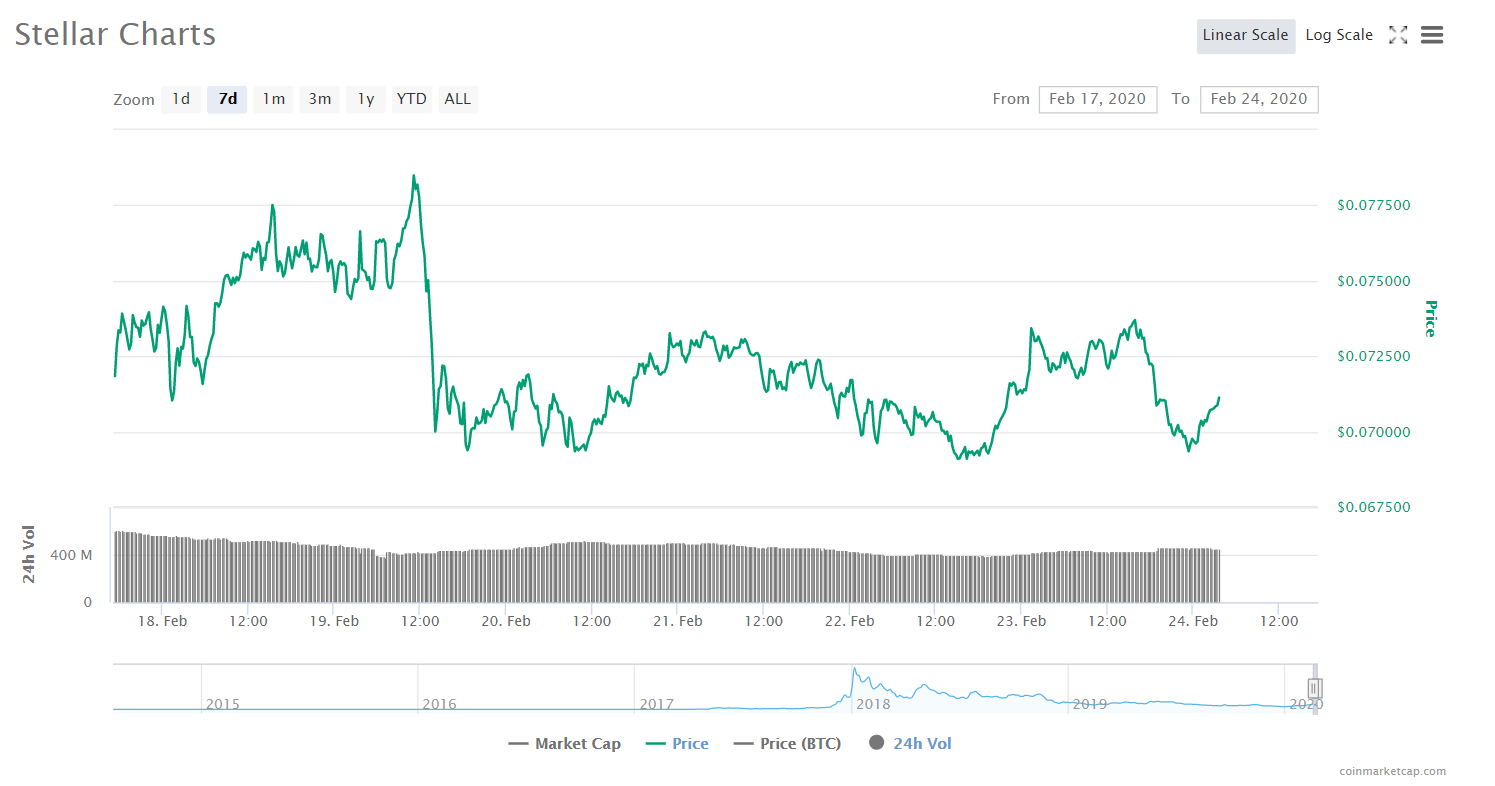 The fail attempt to cross the major mark of $0.080 cost a significant downtrend for stellar lumen with brought the price to the support level of $0.0680. Recently, XLM bulls showed signs of existence by crossing a $0.070 mark a few days back.

Stellar Lumens is also planning on its mass adoption in the crypto market by working with the United States to spread knowledge of blockchain in the U.S.

The technical charts reflect on the steady bullish movement of XLM which is followed by the sudden decline which is the result of attempting to cross $0.80 area. We can also observe that the current price is on the support line which favors XLM bulls. Any downfall below $0.0680 can result in a major downfall for the crypto asset.

The RSI is reaching the level of 50 which is a positive indication for XLM bulls. CCI also had a negative divergence from the overbought region to the positive region now. Overall, the technical indicators favor a bullish movement from here.