Zcash is known to be a decentralized payment platform that provides security fixes and privacy infrastructure for the users of the Zcash protocol and blockchain. The Zcash foundation was created in February 2017. The main purpose of the foundation was to implement several improvements to the ZEC ecosystem.

In May 2019, the foundation launched ZEPIO, a privacy-focused wallet which sends shielded transactions by default and includes full zcash nodes.

The foundation also focusses on granting funds to various privacy- oriented projects. In 2019, the foundation fund seeded about USD 40,000 to the Open privacy research society which promotes privacy-enhancing technologies.

The group is also having an ongoing current project named CWTCH, which is a decentralized metadata- resistant messenger. Recently, the foundation offered $50,000USD to a privacy-focused open-source browser named TOR.

The community also works on providing regular protocol updates to its users:-

Recently, the creators of Zcash, The Electric Coin Co. and Zcash Foundation came into a mutual agreement and approved for ZIP1014 development funding. This means that there will be new network upgrades and improvements in the protocol 1014.

Overall, from the fundamental aspect, privacy has been the top priority in the cryptocurrency community and that’s why Zcash can be one of the top picks for investments in altcoins this year. 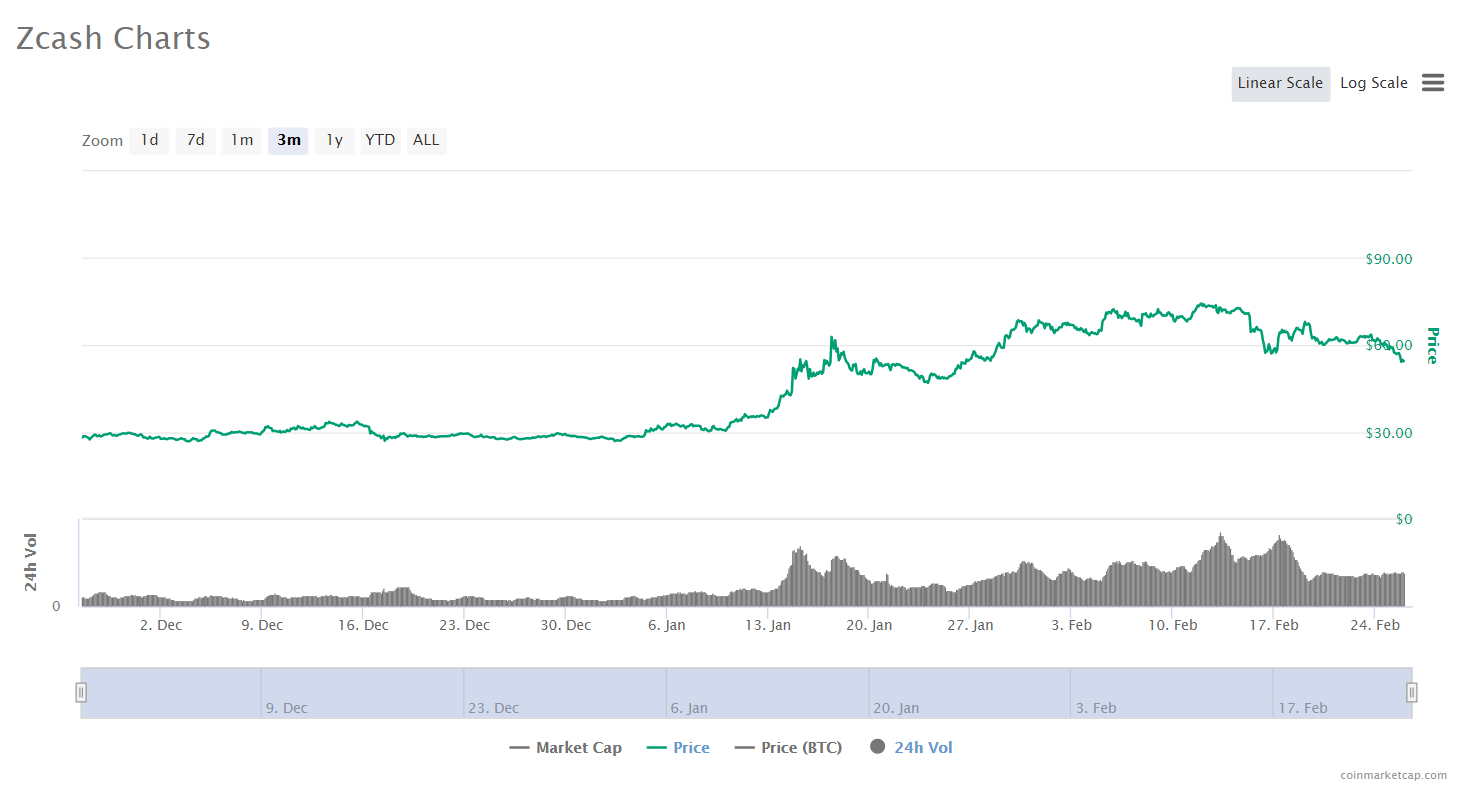 The pricing growth for the altcoin has been very significant in this year. Starting from the price of $28.02 to reaching a new high for the year which was $75.00. However, the ongoing bearish momentum in the market has forced the altcoin to drop and is currently at the support level of $50. The current price is $54.56 with the market capitalization of $498,608,609 and the 24H volume traded is $466,907,223.

The parabolic curve reflects on the significant price growth ZEC had in this year which is followed by the ongoing downtrend.

Looking at the oscillators, RSI is in the potential to reach a positive region and is touching a level of 40. Any rise resulting in RSI reaching above the level of 50 will be a positive sign for the altcoin.

CCI remains in the oversold territory but cryptomarket can expect a positive divergence from here because of the strong support level of $50.

MACD levels reflect on the ongoing selling momentum. It can be noticed that the selling phase is not that much big of magnitude and can be turned into a bullish side