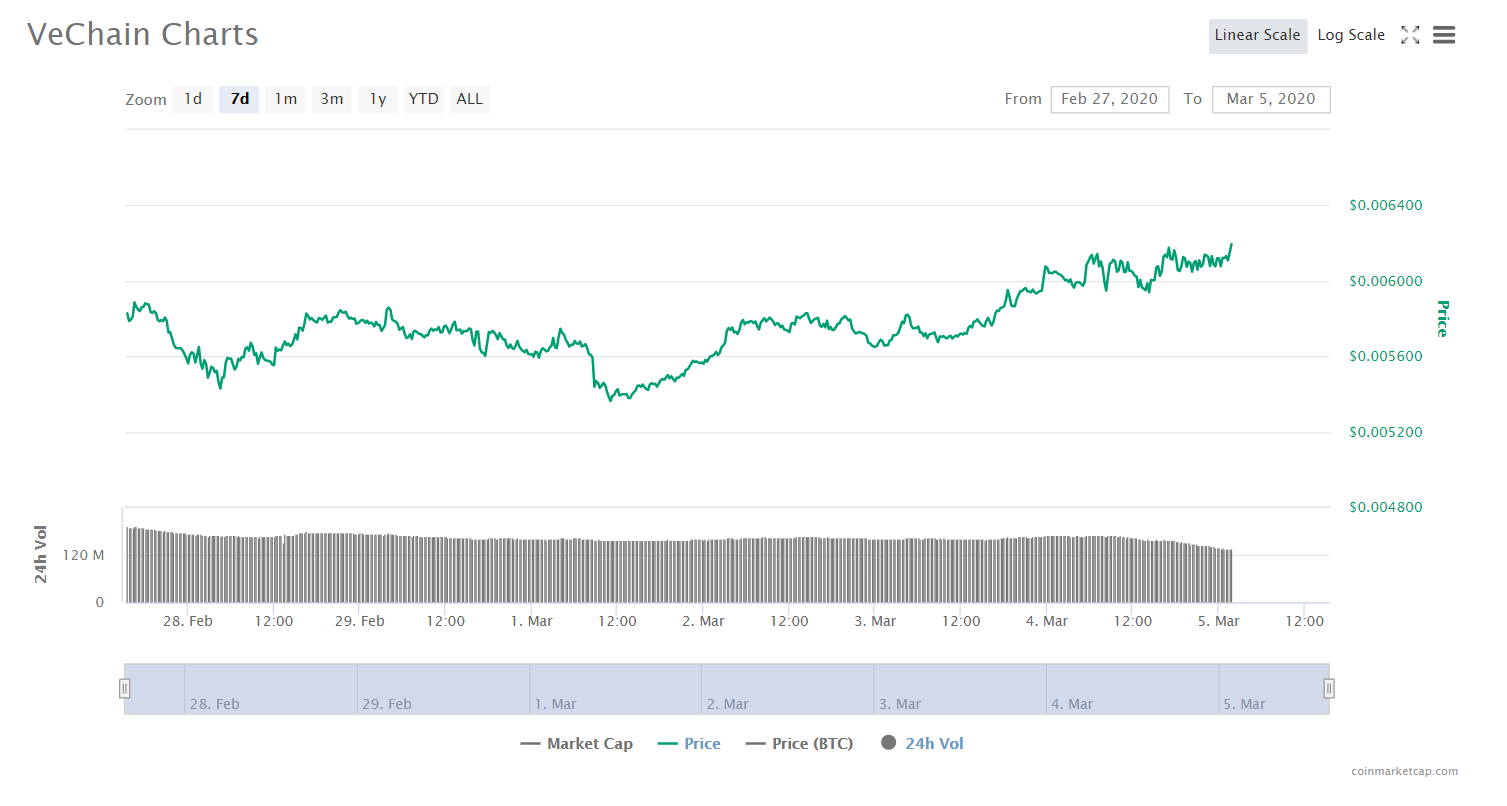 On the 7-day weekly chart, VeChain started with a price level of $ $0.0058. The altcoin started to show signs of gradual positive movement in the market for the past week. The crypto assets were also successful in breaking the crucial level of $0.0060.

VeChain was having significant price growth from the starting of the year. It started with a price level of $0.0050 and went up to the critical resistance area of $0.0070. After reaching the resistance area, the altcoin faced heavy price corrections, which brought it back to the support level of $0.0054.

The technical graph reflects on the bullish momentum build by vechain from the starting of the year which was followed by the downtrend shift. The altcoin touched the major support level of $0.0053 from which it started showing signs of gradual positive momentum. The crypto assets also broke the crucial level of $0.0060 again for assuring a bullish momentum again in the market

The technical indicators and oscillators somehow favor bullish momentum for the altcoin. MACD levels have finally reached a bullish zone after going to the depth of the bearish zone in the MACD graph.

The 24hour- RSI is also reaching a strong bullish level of 70. However, if RSI reaches the overbought zone and remains there for a long duration, we can see price correction activity again in the market.

The 24hour- CCI is also in the overbought zone and above the level of 100. A negative divergence from the overbought region to the normal region can favor VET bulls.