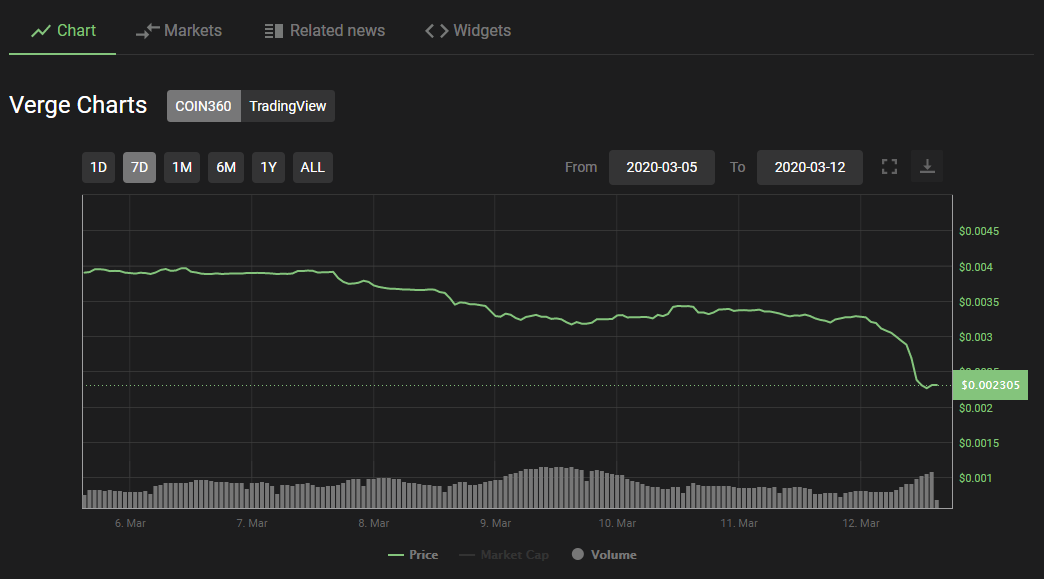 On the 7day weekly chart, Verge(XVG) maintained a balanced flow than acquired a bearish approach which led to the major downfall. Reaching point of $ 0.002224 lowest in the recent time.

The heavy downfall in the global market really affecting the crypto asset as it’s developing a tendency of falling. After a balanced approach, bears really provided vital damage to XVG’s value.

In the current state of the market, it will be hard for cryptocurrency to attain a bullish approach. Today it broke the support price of $0.0035 which tried its level best to hold XVG but end up being unsuccessful. After breaking the support price it tried to climb but eventually started falling again. 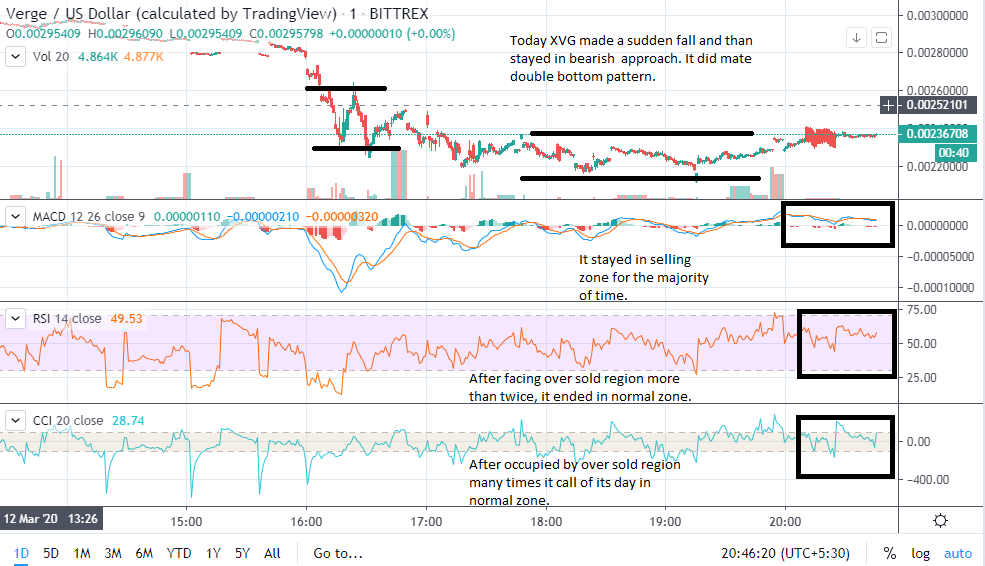 The technical oscillator stayed neutral somehow but summary is hitting on sell.

The MACD level shows bearish dominance as it stayed in bearish zone for the majority of the time due to sudden fall.

The 24hr-RSI faced oversold region and many fluctuations but in end, it was over the level of 50 putting it in the normal zone.

The 24hr-CCI level suffered a lot, it many times it hit the oversold region due to the downward trend and but gradually made out of it and ended its day in neutral zone.