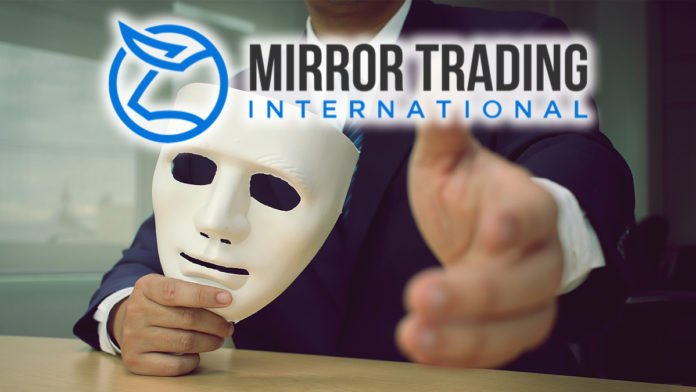 A Cape Town court has granted a provision for winding-up Mirror Trading International (MTI), a South Africa-based Bitcoin trading firm. It is known that thousands of its users were unable to withdraw their funds, and later on, it was revealed that the firm had defrauded nearly 28,000 investors. However, the total amount fooled by the firm is approximately $644 million. It is also known that the order of the court followed several warnings by the Financial Sector Conduct Authority (FSCA) against the firm.

MTI has defrauded investors spanning across the globe

The provisions were granted after two MTI clients went to the court with urgent files against it. It is believed that the trader firm is holding approximately 9.45 billion ZAR ($644 million) by its shady operations. However, the fund was received from almost 28,000 investors across the world. Last month only the Financial Sector Conduct Authority (FSCA) stated that the MTI and its senior management are conducting an illegal business that misleads its clients. The FSCA also claimed that the investment firm has contravened several laws, and asked its clients to withdraw their funds on an urgent basis.

More significant concern appeared when it was found that Johann Steynberg, the chief executive officer of MTI, disappeared. The management of the investment firm reportedly agreed to incorporate with the laws. It was then found that Steynberg disappeared with the control of the digital wallet with the investor’s funds of approximately 17,000 BTC. Indeed, it is assumed that till now, Steynberg must have fled from the country.

How does the trading firm attract investors?

Some local regulators have pointed out that MTI is unlicensed to carry out trading business, they also initiated a probe against the issue. In addition to the regulators, the watchdog again hit the firm with criminal charges against them and froze the MTI’s account. Additionally, the Texan regulators have also published a cease and desist order against the firm. However, this evil can be considered as an international multilevel digital marketing scam.