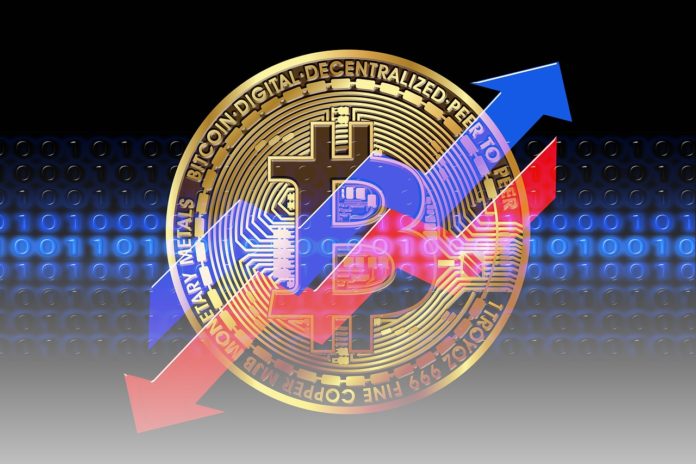 A German-born programmer living in San Francisco, Stefan Thomas, has two guesses left to work out a password worth around $220 million as of this week. The password will allow him to unlock a small hard drive, which is known as IronKey, that contains the private keys of a digital wallet containing 7,002 Bitcoin. Although on Monday, the price of Bitcoin fell sharply, it is still more than 50% higher than just a month ago when it passed its previous all-time high of about $20,000.

The issue is that, years ago, Mr. Thomas misplaced the paper where he wrote down the IronKey password, which gives users 10 guesses before it seizes up and forever encrypts its contents.

In a short period, Bitcoin, which has been on an unprecedented and unpredictable eight-month run, has made many of its investors very wealthy, even as the pandemic has destroyed the world economy.

Bitcoin Is Lost and Will Never Be Recovered, Says Chainalysis

According to the cryptocurrency data firm Chainalysis, about 20 percent of the existing 18.5 million Bitcoins, worth about $140 billion, tend to be missing or otherwise in stranded wallets. Wallet Recovery Services, a company that helps locate missing digital keys, said that people who want help to retrieve their wealth have received 70 requests a day, three times the amount of a month ago.

As they tried to enter their fortunes, Bitcoin owners who are locked out of their wallets talk of endless days and nights of frustration. Since Bitcoin’s early days a decade ago, many have owned the coins, when no one had faith that the tokens would be worth something.

The dilemma is a clear reminder of the peculiar technical roots of Bitcoin, which separates it from regular money and gives it some of its most vaunted and risky qualities. Banks like Wells Fargo and other financial firms like PayPal will provide users with passwords for their accounts or reset missing passwords for conventional bank accounts and online wallets.

But there is not a single company of Bitcoin which provides or stores passwords. The founder of the virtual currency, a mysterious figure known as Satoshi Nakamoto, said that the core concept of Bitcoin was to allow everyone in the world to open a digital bank account and keep money in a way that could not be stopped or controlled by any government.

This is made possible by the Bitcoin structure, which is controlled by a computer network that has decided to obey software comprising all the cryptocurrency laws. The program involves a complicated algorithm that allows an address to be created and an associated private key known to the person who created the wallet.

The software also enables the Bitcoin network, without seeing or knowing the password itself, to confirm the accuracy of the password to permit transactions. In short, without having to register with a financial institution or go through any sort of identity check, the system makes it possible for anyone to create a Bitcoin

Gabriel Abed, 34, a Barbados entrepreneur, lost about 800 bitcoins—now worth approximately $25 million—when a colleague reformatted his laptop containing the private keys to the Bitcoin wallet in 2011.

Mr. Abed said his enthusiasm was not dimmed by this. Before Bitcoin, he said, he and his fellow islanders were unable to access affordable digital financial products such as credit cards and bank accounts that are easily available to Americans. In Barbados, getting a PayPal account was almost impossible, he said. Bitcoin’s open nature gave him full access for the first time to the digital financial world, he said.

For Mr. Abed and Mr. Thomas, losses from mishandling private keys have been partially offset by the huge gains they’ve made on the Bitcoin that they’ve managed to hold onto. Mr. Abed’s 800 Bitcoin lost in 2011 was only a fraction of the tokens he’s bought and sold since, allowing him to purchase a 100-acre plot of oceanfront land in Barbados for over $25 million recently.

Mr. Thomas said that he also managed to hold enough Bitcoin—and remember the passwords—to give him more wealth than he knows what to do with it. In 2012, he joined the cryptocurrency start-up, Ripple, which was aimed at improving Bitcoin. He was rewarded with Ripple’s native currency, known as XRP, which increased in value.

(Ripple has recently faced legal difficulties, partly because the founders had too much control over the creation and distribution of XRP coins.)

Mr. Thomas has put the IronKey in a secure facility for his lost password and inaccessible Bitcoin. In case cryptographers come up with new ways to crack complex passwords.

BITCOIN PRICE DROPS BY 28% IN THE LAST 24 HOURS