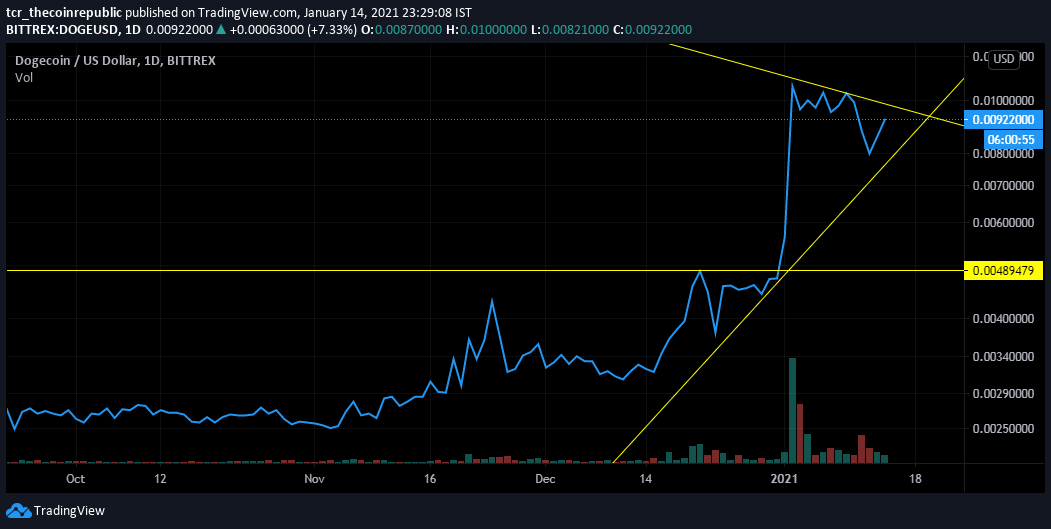 Dogecoin Preparing For Another Breakout, Potential of 100% Upside After The Flag Pole Pattern 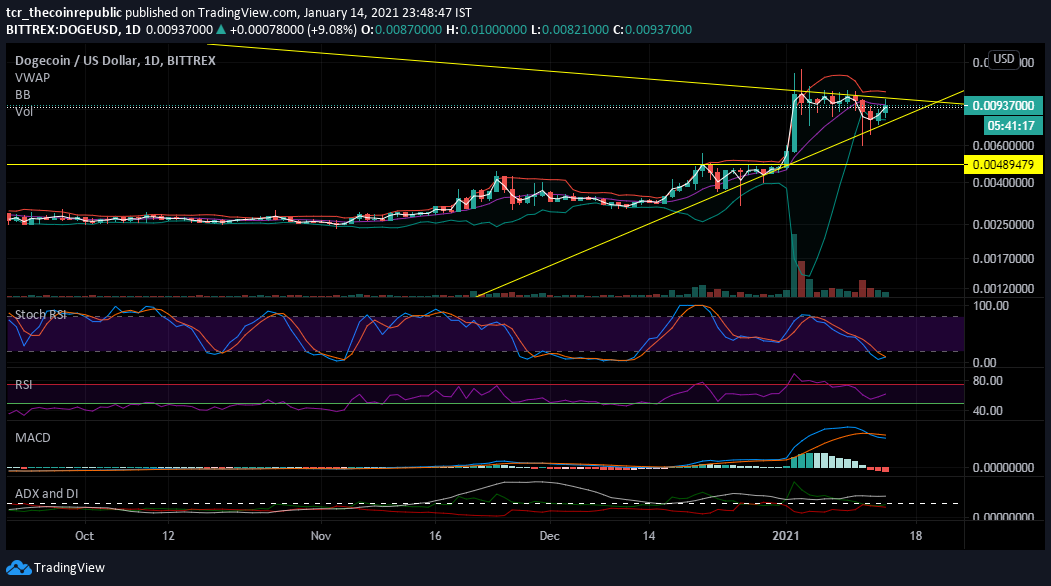 Dogecoin price is hovering at a support zone of $0.0093 and has made an ascending triangle method by giving up some of the gains. A breakout from this level will march the coin towards $0.0105 and further to $0.012.

The Bollinger Bands have contracted due to the declining volatility as the existing bulls and bears wait to confirm the future course of the coin. BB Base, Upper BB, and Lower BB are $0.0094, $0.0108, and $0.008.

Stochastic is at the oversold levels right now, and the signal line has just picked up the pace to cross the slow line and flash a BUY signal. Stochastic is one of those indicators found to give on time or pre-time signals for the upcoming rally.

RSI took support from the neutral line – 50 level and is now headed towards the overbought territory, pointing towards the rally’s rising strength.

MACD is in the positive zone where it gave a sell signal, but the bulls returned in the coin, keeping the MACD indicator consolidated. It appears that the signal line is going to give another crossover soon.

ADX line is at 38 levels; this implies that there is strength in the current bull rally. The ADX+ and ADX- are at 22.78 and 18.05, a sign of indecisiveness but assures that bulls have the upper hand so far.

Dogecoin has made a Flag & Pole Pattern, which has reached the pivot of support and resistance. The participants are indecisive and want the existing traders to determine the direction of the coin. A breakout may lead to 100% (calculated from the size of the pole of the pattern)

Dogecoin is being chosen as an alternative to other cryptocurrencies.