Will RoboApe (RBA) Become a Top Cryptocurrency Like Cardano (ADA) and Solana (SOL)? 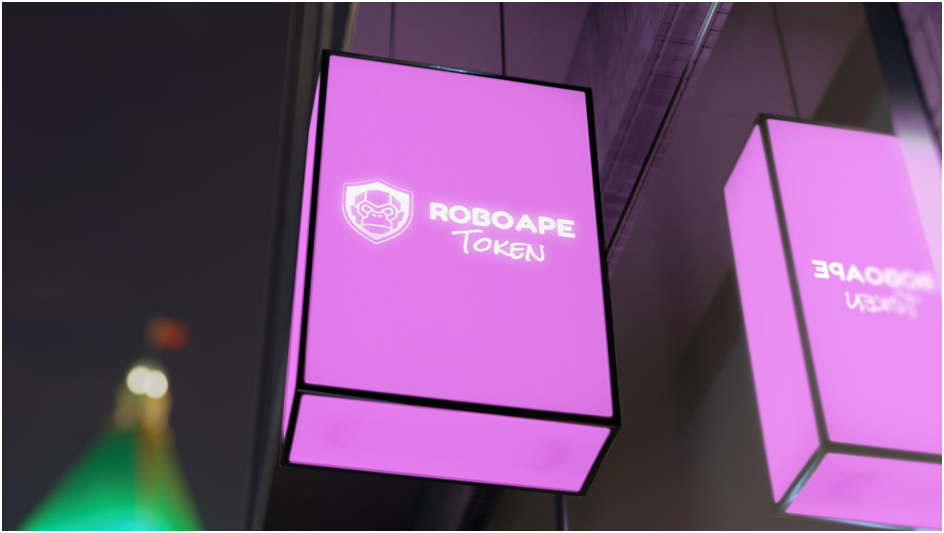 Today, a new future-forward token, RoboApe (RBA), is at its presale stage. There have been conversations about the benefits its products will offer users and the community at large. As it appears, RBA is a user-focused coin featuring charity initiatives and an academy that will provide an array of cryptocurrency knowledge for both inexperienced and experienced users. The platform will likely attract a large demographic and join other top cryptocurrencies like Solana (SOL) and Cardano (ADA).

Cardano (ADA) is a top cryptocurrency with a market cap of over $17 billion. Cardano is the next-gen evolution of blockchain protocols that is super flexible, scalable, and sustainable to run smart contracts and stimulate the creation of DApps, P2E, NFTs, and new tokens.

Cardano is an open-source software for inventors and designers. This explains why the management is constantly motivated to make it a more secure, scalable, and super-efficient decentralized system. Cardano (ADA) tokens are generally limited to 45 billion tokens, and they’re a veritable source of passive income if you’d like to hedge the current inflation.

Cardano (ADA) was launched in 2017 after a public sale of 25.9 billion Cardano (ADA) tokens, starting in September 2015. 5.2 billion tokens also were issued and shared among the three separate entities that market and develop the Cardano protocol, namely Input Output Global (IOG), Emurgo, and the foundations. Cardano has set the bar high for cryptocurrency standards and no doubt Cardano will continue to keep those standards.

The Path To Success For Solana (SOL)

Solana (SOL) is a leading cryptocurrency with over 33 billion USD in market cap. Solana  is famed as the fastest blockchain protocol, primarily due to Solana’s dual consensus system of proof-of-stake and proof-of-history that can process transactions of up to 50,000 per second. This easily positions Solana (SOL)as a decentralized blockchain designed to successfully power the creation of dApps and decentralized marketplaces.

Solana (SOL) has constantly stood out for its ultra-level speed, transaction throughput, and exceptional product utility. Solana has promising features that have earned it the name Ethereum (ETH) killer because it is faster, less costly, and more scalable than Ethereum in terms of transactions on DApps, and marketplaces built on its protocol.

Solana seems to be living up to its hype as for the first time, Solana (SOL) beat Ethereum (ETH) through trading volume when, during a 24-hour trading span, its NFT secondary market sales generated nearly $24.3 million in total during the previous 24 hours, as against Ethereum (ETH) sales which recorded $24 million during the same span across all its marketplaces.

However, predictions suggest that a Solana (SOL) could end the year at $56.69 and that the lowest price we will see is right around $38.55, which is just under its current price mark in June.

RoboApe is an emerging meme token that is built on the Ethereum (ETH) blockchain, dedicated to creating a communal environment for all crypto users through its games, education, marketplace, and live broadcast events. The crypto world has become so saturated that it has become difficult for new cryptocurrencies to gain ground. But RoboApe manoeuvres almost all difficulties associated with the cryptocurrency network through its continuous offering of a wide range of services and loyal fanbase to crypto holders.

The RoboApe (RBA) network provides potential offers such as DeFi, NFTs, DEX, eSports, crypto education, and gaming for its users. For instance, in its NFT branches, crypto users can enjoy the creation of memes, graphics, and animations and, at the same time, host the popular ‘Ask Me Anything’ to optimize users’ experience and the platform’s accountability.

RoboApe’s native token is RBA, which aims to offer both investors and crypto users a fantastic variety of benefits such as facilitating participation in the DAO and the governance of the platform, minting and trading of NFTs, and rewards for holding tokens. During the RBA token presale, it’ll be sold at $0.00009 per token, with most of the generated revenues going toward improving the RoboApe community.

To learn more about RoboApe, check out the following article on Bitcoinist.