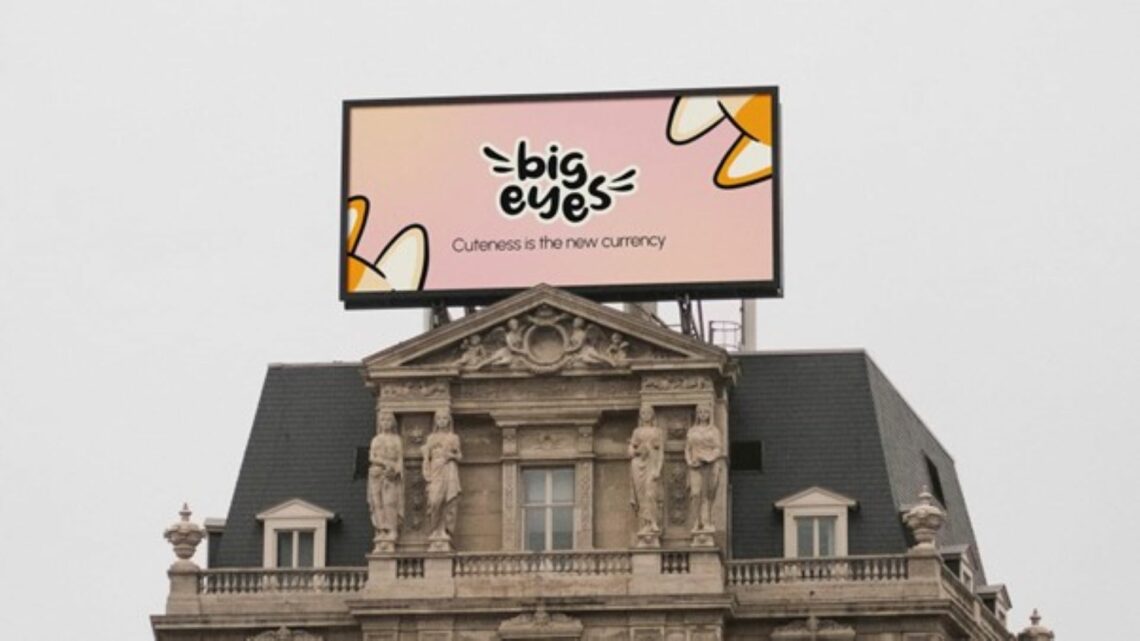 For as long as investors can remember, top dogs, Dogecoin (DOGE) and Shiba Inu (SHIBA), have ruled over the meme coin market.

These two meme currencies inspired by the Japanese Shiba Inu dog breed have set a precedent for what a meme token should look and be like. And as a result, Dogecoin and Shiba Inu have inspired a wave of replicas and copycats, all looking to get the top spot.

However, as these two puppies fight for the meme coin throne, a new challenger approaches. And unlike all the other currencies on the market, it has something unique to say. This currency is the cat, Big Eyes Coin, and in the last month has been smashing its presale, often jumping $500,000 in a single day!

In 2022, Dogecoin Value Plummets Faster Than A Bad Joke

The first meme currency to ever exist, a lot of respect goes out to Dogecoin (DOGE) for starting the meme token trend. However, after almost ten years of its initial release, Dogecoin (DOGE) may be coming to the end of its run. After all, in real life, dogs only live 10-13 years, and Dogecoin (DOGE) is looking a little rusty.

If it wasn’t its energy-consuming proof-of-work consensus mechanism or its lack of intrinsic value, then it was Elon Musk’s interference that dealt the final blow to beloved DOGE. After being hit with a $258 Billion Crypto Pyramid Scheme Lawsuit from fellow DOGE holders, Elon Musk tainted the image and credibility of the first meme currency to ever come into being.

Created to be the “Dogecoin Killer”, Shiba Inu (SHIB) had a technological edge above the classic meme token. Built on the Ethereum blockchain, Shiba Inu (SHIB) is considerably more carbon neutral, less expensive and faster than its rival. Using a deflationary tokenomics model rather than DOGE’s inflationary one, a percentage of SHIB is burned to increase its value.

However, while Shiba Inu (SHIB) set out to be the “Dogecoin Killer”, it found itself fighting the bear market all the same. During its peak, SHIB had a market capitalization of almost $40 billion, while now, as of October 2022, it is around $6.7 billion.

The cute cat Big Eyes is currently taking the crypto world by storm with its phenomenal presale success. Having already raised over $8 million in a matter of weeks, hundreds of thousands of BIG presales can be seen almost every day.

There are many adorable sides to Big Eyes Coin (BIG). However, perhaps the greatest is the 5% charity wallet, where donations to oceanic sanctuaries will be made, in addition to other charities. Recently, Big Eyes Coin even made a $1000 donation to the Luna Children charity to help traumatised children to deal with events such as war.

But charity is not the only benefit of investing in Big Eyes Coin (BIG). A close-knit defi community with a wholesome atmosphere, Big Eyes Coin (BIG) had locked liquidity for 2 years, no buy or sell tax, and audited anti-rug pulling measures.

Holders of BIG, the native token of Big Eyes, will be able to buy merch, participate in the NFT Sushi Store and help save the planet’s oceans. In the cat’s terms, this translates to save “the oceans to save the fish. So we can eat the fish”.

Unlike Dogecoin (DOGE) or Shiba Inu (SHIB), Big Eyes Coin (BIG) has uniqueness and personality that will grip the hearts and minds of investors in the coming months.

However, Big Eyes Coin’s presale stages are moving fast. Whenever a stage is completed, the price of BIG is increased by 25%. For this reason, investors are buying BIG up like a ferocious hurricane right now.

Use code BEYES083 for a BIG bonus.

For more information on this project: