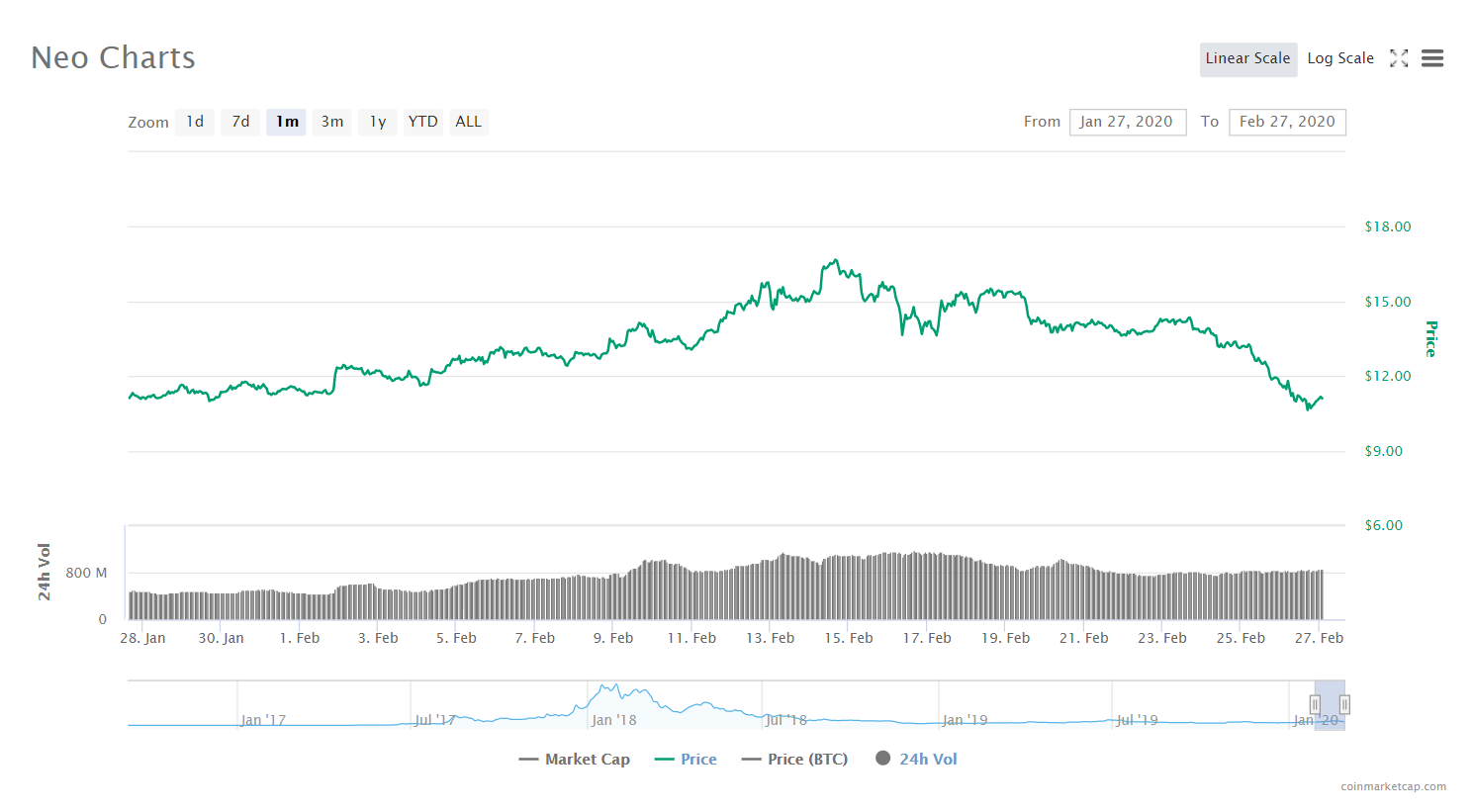 The altcoin is again back to the level of $11.00 and it is expected that the downfall may continue to the extent of $10.50 as it is a crucial support level for NEO. The bitcoin neo price has been on a 1.60% increase with the current price being 0.001271 BTC.

Since the starting of this month, the altcoin was facing pricing consolidation between the price range of $13 to $14.50. However, the negative downtrend forced it to break. The past two days also hasn’t been positive for NEO as it has gone below $13 and $12 level simultaneously.

However, at the same time, NEO is possessing strong positive fundamentals and technical aspects too. The community is preparing for the launch of NEO 3.0 which is expected to be released in the second quarter of 2020. The updates will allow the implementation of large scale applications for commercial purposes.

The technical indicators and oscillators also suggest that the downfall may extend to the level of $10.50 in upcoming days.

The graph reflects on the ongoing downtrend of the altcoin. RSI is in oversold territory but making attempts to reach a level of 40.

CCI has been managed to be in the positive zone after spending quite some time in the oversold territory. MACD levels indicate bearish momentum for the altcoin in upcoming days.

It can be said that the $10 mark is sure to reach in upcoming days for NEO but the interesting aspect will be to watch its movement after that.