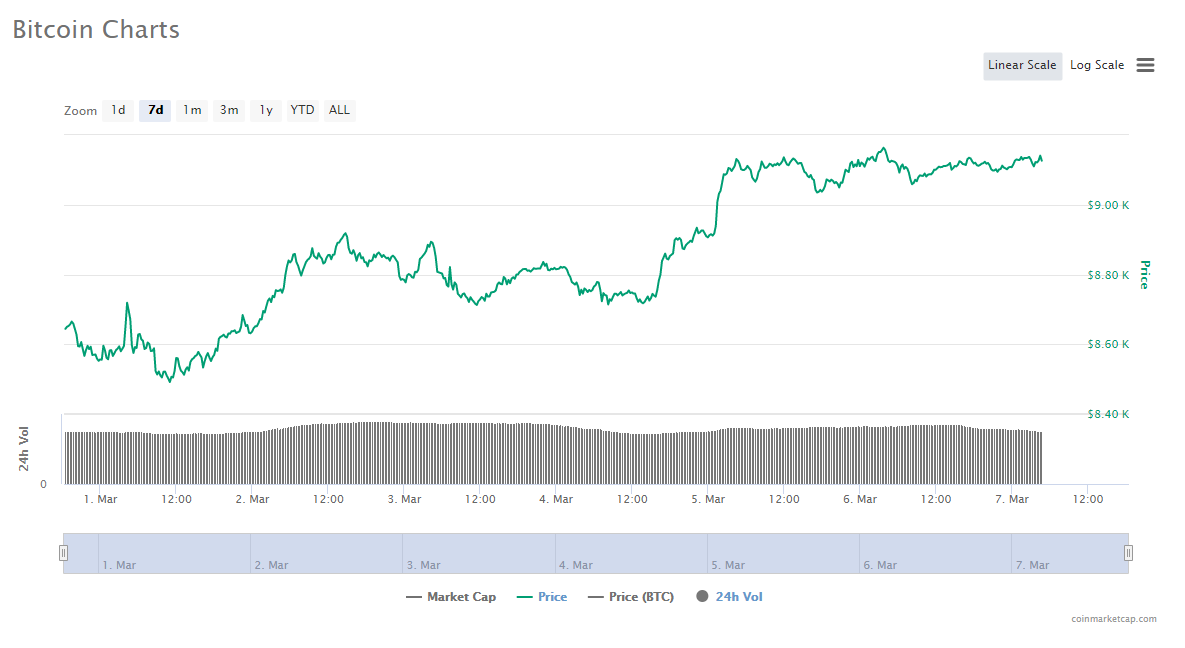 But BTC bulls showed their potential and again started the positive movement from the price level of $8700 and successfully crossed the crucial stage of $9000.

After crossing the $9k mark, BTC again gained cryptomarket’s trust to build a significant positive movement to $10k. However, the price growth was resisted by the level of $9200 again with brought the price to the critical level of $9000.00 again.

Since then, BTC has shown signs of price recovery by breaking above the crucial level of $9000 again. However, BTC nearly avoided the downfall below the $9000 mark in today’s market.

The technical indicators suggest that after crossing the level of $9100, BTC bulls have the potential to build a sustainable bullish rally. The 24hour-RSI is at the bullish level of 60. The 24hour- CCI also had negative divergence from the overbought region to normal zone which is a positive sign for the world’s largest crypto asset. MACD levels have also reached a bullish zone after touching the depth of the bearish region.